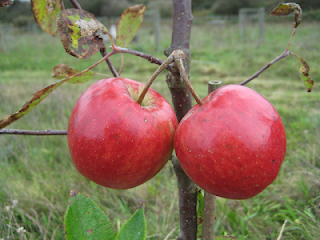 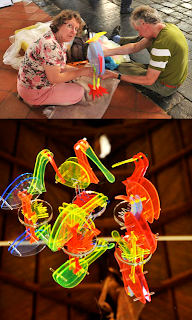 Breaking the Silence: Lines on The Royal Birth 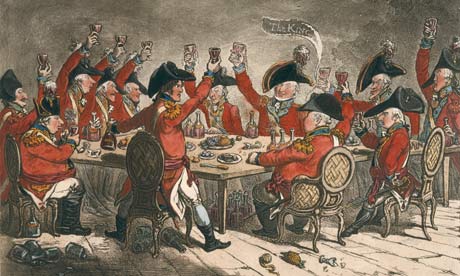 Lines On The Royal Birth

or My Bid for the Laureateship

The duchess has given birth to a male heir
Let there be barbecues, son et lumiere
Let bald primadonnas tie ribbons in their hair

Behold the Commonweal’s new wealth of nations
Proclaim an end to our trials and tribulations
The male heir’s here. Begin the celebrations

In Berlin for DW Agenda programme

More time passes. On Friday Deutsche Welle sent me an email to try to arrange another occasion for a studio talk show about current affairs, in my case about Hungary. There had been three previous attempts to bring me over but I was busy each time. At last the time was clear and I could go.  I caught a plane on Monday and returned late Tuesday evening.

Arriving in Berlin about 4:30, I took the train to Berlin Zoo, then it was one stop on the U-Bahn and a short walk to the motel. The idea was to settle in and then to meet dear friend and fellow writer K at 7pm, but when she didn't turn up I rang her. It seems she hadn't read my email properly and that she thought I meant Tuesday evening. She was staying outside Berlin and she said she'd come in by car - about an hour's journey. I tried to dissuade her but she insisted. Then, about fifteen minutes later there was another call from her to say the engine was dead. So we cancelled and I went to eat by myself around the corner on a rapidly darkening night.

Soon enough there were rumbles of thunder and lightning began to play in the distance. It was quite a smart restaurant. Nearest to me was a German-speaking white mother and an English-speaking black father with a young black child who spoke both languages. The boy clearly wanted a lot of attention and kept interrupting their conversation, needling them. They handled it pretty well. I might have lost my temper. Two smiling wraith-like waiters attended on me. The food was very good. The lightning flashed. The child shouted. There was just the odd spot of rain. I ate a Wiener Schnitzel - very good it was too - with a glass of Pilsner, ran to a sweet and a coffee then headed back to the hotel and tried to sleep. The room was stuffy, but when I opened the window the traffic roared. It was about 2 or 3 before I nodded off. Breakfast was full of young people helping themselves to the continental necessities, with one or two older types like me.

After breakfast and packing I walked over to the DW studio where I discovered - I should have known - that it was TV not radio. I was made up, had gel applied to my hair, then sat in the studio with my fellow guests, a Wikileaks spokesman and a Professor of computing and robots at the Free University. It was odd to be flown over from East Anglia to Germany to be part of an entirely political programme in English. Melinda, the anchor, was a sharp minded and sharp eyed chair.

The programme was forty-five minutes long and I didn't make a fool of myself though I did pull a lot of silly faces - maybe I am always doing that, just not seeing myself do it. I liked my fellow panellists, both clearly good intelligent people. We talked about USA surveillance and about the potentially good use of drones. My own starting point was the Councl of Europe's decision not to put Hungary under formal monitoring.

This was the programme, that is if this link still works, and continues to work in the future. I enjoyed it. So much to say, so many details, so little time. It's hard to pace yourself and to select the best possible detail. You don't know the questions in advance and must think fast. They seemed pleased, but maybe it's theur business to seem pleased. I was labelled Poet and Translator at one point and Commentator at another. Was I becoming the latter?

But there will be more to talk about regarding Hungary soon. I also want to write about the Meir of Norwich launch and will try to do so tomorrow.