The Artist in Real and Virtual Company 1
edited text of keynote delivered
at Inonu University, Turkey 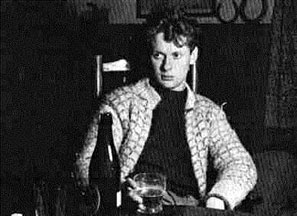 In my craft or sullen art
Exercised in the still night
When only the moon rages
And the lovers lie abed
With all their griefs in their arms,
I labour by singing light
Not for ambition or bread
Or the strut and trade of charms
On the ivory stages
But for the common wages
of their most secret heart.


So begins Dylan Thomas’s famous poem that is referred to by its first line “In my craft or sullen art”. The craft or sullen art is exercised at night under the moon by a solitary poet. The poet labours by singing light: the lovers for whom he sings represent the common wages of a secret heart.
The Chinese poet, Li Po, rises after a drunken wine party and writes

When I arose, still drunken,
The birds had all gone to their nests,
And there remained but few of my comrades.
I went along the river—alone in the moonlight.

The American poet, Jean Valentine, in her poem ‘Sanctuary’ writes of


It is not only poets who value solitude of course. Most tasks that require concentration involve a shutting out of distractions. Dylan Thomas’s lovers are elsewhere, Li Po leaves his drunken companions asleep and the very purpose of Jean Valentine’s studying of silence, or what she calls “learning braille” is to communicate with other solitudes elsewhere. The rages of the moon in Thomas isolate the individual, affirm his solitude. Everything is ‘elsewhere’.

Nevertheless the others involved in this act of concentration - the lovers, the drunken sleeping companions, the other solitudes - constitute a presence-in-absence, or, as my title has it, virtual presence. These figures are imagined and, usually, unspecific or, if specific, unaware of the condition of the poet. In one of the most beautiful poems of solitude, Coleridge’s Frost at Midnight, Coleridge is alone with his sleeping infant, conjuring solitude at the side of a precious unspeking other, his infant son..

Dear Babe, that sleepest cradled by my side,
Whose gentle breathings, heard in this deep calm,
Fill up the intersperséd vacancies
And momentary pauses of the thought!


The poem ends with the fanous “secret ministry of frost” and, once again, the moon, We might argue that this vision of writing alone, by moonlight, with a sense of sleeping or absent others is a specifically Romantic trope and there may be something in that, but it is not only the poets of the Romantic period who employ it.  Li Po and Jean Valentine are not Romantic poets, neither is Alexander Pope who writes an early Ode to Solitude, nor for that matter are T S Eliot or Michael Hofmann who also write about and out of the condition of being alone.

We should, of course, mark a difference between the writer as a figure in a condition of social isolation and the kind of isolation involved in the act of writing. Writing itself, the act of writing is,  so most people think, ideally conducted in isolation. Proust’s famous cork-lined room, Schiller sealing himself off behind a drawerful of rotten apples, the very idea of avoiding distractions or at least reducing the number of distractions seems more than sensible, somehow necessary.

My aim in this talk is to bring together, or at least touch on, the isolated act of writing with the notional presence of others under four particular headings: the sense of an audience or auditor in the solitary act; the idea of writing alongside others, the idea of performing writing as in slams and cabaret, and as a function of new technologies. I am deeply aware that this is to stretch material very thin, but since these areas seem to me to be related, I would like to think of it as a relatively large scale map that one might occasionally zoom in to.

I'm surprised by your obsession with solitude. You seem like a very sociable person to me. My favourite example of the solitary writer was Descartes who moved to Holland to get away from his French friends and instructed his servants to inform all visitors that he was not available.

One does not write in company generally. I don't anyway. I like a lot of ideas. I like some people.