ON BREXIT AND FURY 3 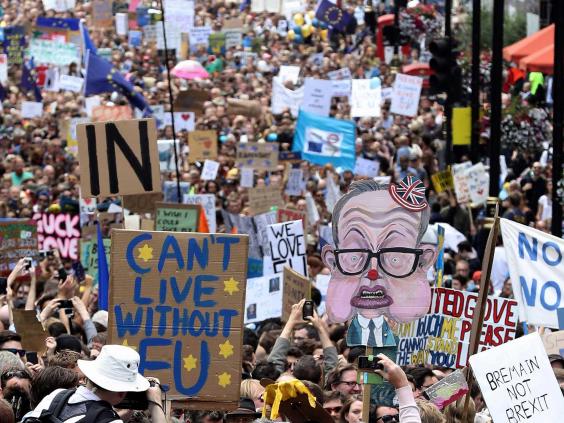 ON THE OTHER HAND

Having criticised the smugness and disdain of the ‘metropolitan liberal elite’ doesn’t mean I think their values or instincts are wrong. On the contrary, I am, on the whole, a slow but genuine supporter of the ‘political correctness gone mad’ persuasion. I have felt the resistance to 'correctness' at times but later found myself agreeing and adapting to it. That is because not all my first instincts are to be trusted.

And it is true that though I am no longer metropolitan and never have been in that precise sense, I do often describe myself as a liberal, of the liberal-left to be precise, someone who must, I suppose, be one of the elite in that, despite the lack of a university education or family wealth, I seem to have come by a couple of degrees and a level of success as a poet, translator and occasionally public writer that I coveted in my youth. Furthermore, I live in an old unthreatening town without too much visible poverty and move (in so far as I move) in a circle of educated middle-class people who accept me as one of them. I am a fortunate guy.

So 'Furious' of Doncaster and 'Seething' of Halifax are right. I cannot appreciate their sufferings at first hand: I am only told of them and read of them. They can admonish me once and I will accept it, yea three times, but when they go on a fourth time in a tone of aggrieved fury they annoy me and I just want them to bugger off. That is partly because I have a faint claim on disadvantage myself – not that I intend to draw on that capital unless in dire need – and because I can understand a claim the first time, and indeed the next two times out of courtesy.

But their claims do not blast my opinions out of the water. I think no better of Brexit for their fury which, it turns out, has little or nothing to do with Europe and far more with the substance of my previous post. I understand the nature of fury but I don’t follow its prescriptions or yield to its claims.

It’s a delicate balance though. I am not a model of patience and I too can be angry. I was, and remain, very angry about the way the referendum was organised and the great thumping lies told by the arch-Tories leading it as well as by the repulsive Farage who is all the more repulsive for his comic grin and hail-good-fellow manner. I remain deeply concerned about the direction the country has taken since the referendum, about the threat to those who have come here to work conscientiously and to the great benefit of the nation, and about the loss of hope of a more stable, more united Europe that could be a counterweight to the giants of America, China and an increasingly expansive Russia. I am, I will admit, fiercely anti-nationalist. The very word 'nationalist' gets my back up. On the other hand I am a European by birth and temperament, but that has never stopped me being British or even, sentimentally, almost patriotically, English, since England is where I live and have lived ever since it welcomed me and my parents in the eighth year of my life.

This is chiefly about myself. I want to write one more post on this subject, not about myself but about another aspect of the fury.