What I am Losing by Leaving the EU 2 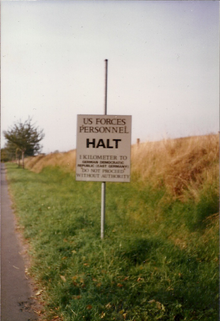 That loss, not just for me, but for many other Remainers I expect, is essentially symbolic but it has political, social and economic aspects.

We live in a globalised world in which global powers - some national, some supra-national, some sub-national - exercise great influence. Very few conflicts of interest or conflicts generally can be restricted to the local turf on which it is fought. Even a regional conflict, broad as that may be, hasrepercussions very quickly felt beyond itself.

Europe may be one thing and the EU another but they are not entirely distinct: there is a considerable if hard-to-define overlap. Europe as the EU is a political entity as well as an economic one. There are common interests - some economic, some political, some cultural - represented in it. Europe, broadly speaking, is under the umbrella of NATO and, less formally, the USA but the USA has its own interests and NATO may not be as effective as it was in the old dispensation with the old technology. Some form of solidarity is more than desirable; it is vital. Europe as a political entity is weakening and becoming worryingly fragile in the east, is unstable in the south and is now losing us in the west. I understand all kinds of security arrangements may continue to exist after we leave but they too will be more fragile, more fraught, more vulnerable. Are we stronger, better and more secure divided? No one ever is. Whom might we be divided against? You name it, any of the great powers would do, as would - thanks to technology - some fairly minor ones.

Brexit, from a geopolitical perspective, looks like part of a process of decadence and self-delusion to me. This is where the nostalgia brigade - the WW2 imagery, the Churchillian rhetoric, and the references to traitors and mutineers - seem, well, quite mad to me. As the song in Ghostbusters went: Who you gonna call? The empire? the Commonwealth? Yankee Doodle Dandy (the most likely, possibly only candidate)? Good luck with that Buccaneering Boris, D-Day Davies, and Roaring Rees-Mogg. Let's get those Captain Mannerings into shape!

What about you, Jez? If we are nice to everyone (except Israel of course) will everyone be nice to us? Not my experience, comrade.