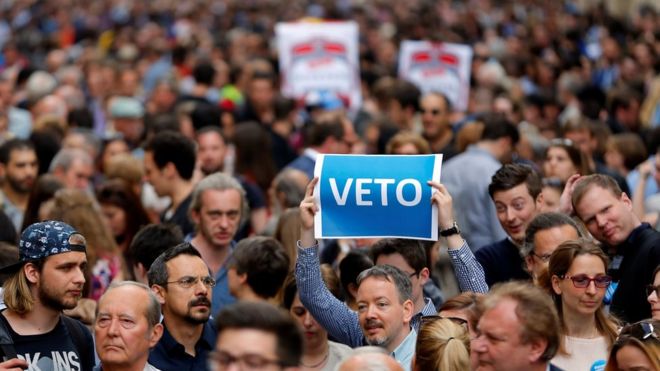 We are deeply concerned about the passing of the disgraceful law intended to shut the Central European University in Budapest.

The law, intended for this one specific purpose, is the latest step taken by Hungarian Prime Minister Viktor Orbán to close out democratic institutions in the country, including press, media and NGOs.

Please note we do not say opposition institutions since the CEU is in no way a political opponent of the government. It is simply an independent university.

On 10th April, the president of the country, János Áder, signed the law and, that night, for the second night running students were out in the streets protesting in their thousands and tens of thousands. Those students are the last bastion of hope against the establishment of an authoritarian state in Hungary.

If that should happen it would be a serious blot on the EU's conscience to have permitted this act of the Orbán government to pass without response. It reduces Europe. It weakens it. It takes it one step further to the edge of disintegration.

It is vital to act quickly. We ask for a period of intensive fact-finding into the legality of the Hungarian government’s law in this specific instance and its consequences for freedom of education, and for a process of mediation, bringing the parties together around the principle of European rule of law.