I enjoy being this kind
Of Femme Fatale

To be pleased over a poem
And not over a man

I show them things that
You'd only show to
Enuchs

They want
To learn Hebrew
And taste
My poetry
First

I decided to impose
Their words upon
My symbols

They're always
Gone
When I do so.

Tali Cohen Shabtai is an Israeli poet. Born in Jerusalem, she began writing poetry at the age of six. At the age of fifteen her poems appeared in Moznayim, a prestigious Israeli magazine. She has written three books of of poetry since then, the most recent of them being Nine Years Away From You (2018). She spent some years in Oslo and the USA and her poems are noted for expressing spiritual and physical exile. Her work has been translated into many languages. 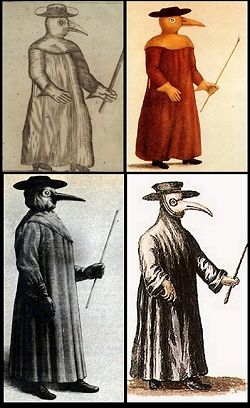 Science for the curious, is what it says
on the slick caption. The curious are pressed
tightly into a book, still hoping to be blessed.
Each bears a coffin at which someone prays.

Crosses, coffins and cowls determine them
according to the medieval scheme
of superstition, death and troubling dream.
It’s half cosmology, half stratagem.

Do smell them, Highness, as they struggle on.
The plague exhausts them. Science moves off stage,
just one pale rider left and one bare field

to conjure with. And soon they are all gone.
There are no options here except to yield
or else keep hoping someone turns the page.

The man with broad-brimmed hat and bird-mask waits
a moment before entering. His scent
wafts by you, Highness, as presentiment
of what must follow. Watch how he operates

in his full gown. Observe how he inspects
the body, turning it here and there at distance
with his cane, meeting no resistance.
Note how he prods it. He’s the bird that pecks

at corruption. He sees the patient’s hands
are black with the usual buboes. This is all
by the script. It’s the very reason for his call.
The plague is spreading. It makes strict demands.

We watch familiar birds hovering in the air.
They will not ring the bell. Nor are we there.

Everything begins somewhere. Everything is ‘here’.
Here is where the enemy starts his long
arduous campaign, launching the first spear.
He has no home, has no desire to belong

to just one place and so he moves about.
Two skeletons clench by a fetid pool,
and soon a table with a glass of stout
and cloudy water carry one to stool

another to feast. You watch a man collapse
at one point on the map, one street, and soon
everyone’s falling. Death runs from open taps

and drops from the singer’s mouth. There are few
remaining, Highness. We watch the sun at noon
rise ever higher, burning off late dew.

The khaki flu. The extra years of war
that is no war. From country seats to huts,
from shacks to palaces. You can’t keep score
of numbers. State by state the country shuts

its eyes and mouth and soon begins to drown.
Its skin turns blue and within hours it’s dead.
The rest wear masks and camphor. The whole town
is dream terrain, a dull street-plan of dread.

The cull is on, Your Highness.. World is thinning.
Let’s call it nature or divine constraint.
It is the way we’ve lived since the beginning.
Cover the doors in blood or chalk or paint.

That is the age-old troubled human scene.
It’s time for better drugs and quarantine.

Now here we are in quarantine, our ears
sharpened to the footsteps stalking us.
We watch the passing of the empty bus
as one more phantom carrier appears

and swerves around us grinning as he goes.
Elsewhere the poor are jammed into their rooms
to gaze from blocks that reek too much of tombs
intended for them, while the virus throws

its net across the whole estate like smoke.
Observe, Highness, how some of them remain
still poorer, and while you and I should live,

survival will be harder to forgive,
though later it might serve for a black joke,
that you, Highness, might very well explain.