Meir ben Eliahu: Into the Light
The translations 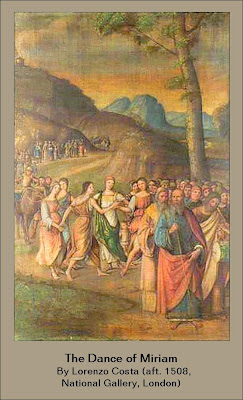 Someone at last night's launch asked whether translating poetry was possible. I answered that it was impossible, yet we translate it and, by doing so, help expand the roots of the poem into other languages. What is translatable? the questioner asked me afterwards. The spirit, I replied, which was not a satisfactory answer since the spirit is nothing without the flesh, that flesh being comprised of all the formal qualities of the poem, which are, after all, markers of the process whereby the original poem developed. I tried to add this to the simple and misleading answer and I think we understood each other.

In Emily Dickinson's terms the poet constructs a house - the poem - hoping to entice a ghost - the spirit. The translator's job may be described as the building of a house likely to entice the same ghost, that is in so far as ghosts can be identified.

Certain poem-houses are international: the sonnet for example, as well as the ballad, the couplet and certain other forms. These forms spread from place to place. They may start in Italy or Provence or the Middle East or even the Far East. Everyone interested in poetry has a broad understanding of what a haiku is. We know when the term, along with versions of the form, first entered English, but time has passed since then and we have grown familiar enough with it to write English language haiku with some sense of what we are doing. We know perfectly well that we are not writing haiku as they were written in their original languages, nevertheless the form - as we have it - has developed its own history, its own dynamic, and makes sense to us. It has built its own house. We have built it. The sonnet was an import once after all, in fact most of the verse forms we know were devised for other languages, but they have become our own.

In the same way we know that the alexandrine is much more common in French than in English where it is the iambic pentameter that is most commonly employed. We can transfer material from one to the other by referring to their roughly similar positions in poetic tradition. That does not mean that the pentameter is precisely the equivalent of the alexandrine. Once we understand that we may choose the pentameter to translate into.

Even when there are no direct similarities in the receiving language - as seems to be the case with Meir's Hebrew poems - there remain the manners and uses of form since form is not only a process but a way of speaking. What we know is that Meir's Put a Curse on My Enemy is a liturgical poem and we have our own liturgies - Jewish or Christian - in common practice. The shapes of liturgy are embedded in our memory. Liturgy too is a house. The priest says something: the congregation replies.

There are various ways of translating a historical liturgical poem. All of them involve compromise especially a liturgical poem that was actually danced. A certain air of dancing has to be built into the rhythmic pattern of the translation. The very first lines of the English translation of Put a Curse on My Enemy declare a dancing purpose: Put a curse on my enemy / for all are deceivers sounds a neat trala tumtumtum tralala / ta tum trala-tum-ta. It skips while being declarative. One dances vengeance and sadness, the sadness transformed into energy. And so it goes on dancing.

There is also the sense of historical distance. This can be created by the use of phrases that have a faintly archaic sound but retain familiarity through contemporary liturgical use. For example They make heavy our yoke echoes an ancient formula in a known Biblical pattern. One has to take risks to make this work, to allow it to cut through our ears into the living present. The necessary risk is to bring the phrase up against something utterly modern that nevertheless fits. In this case the translators offer the next line, they are finishing us off, a cry that will not be found in the Book of Common Prayer, though it might be in a poem by, say, Paul Celan. The way these two lines brush up against each other without throwing each other off balance is the key. Of course there are echoes of earlier scripture that may set the unconscious memory into motion. The line He has rent the heart's enclosure is in fact a direct quotation from a particular translation of the Book of Hosea, but we needn't know that; we just need to catch some faint echo of the grandeur of figurative speech.

Sheer accumulation of physical effect, which is not the same as alliteration or onomatopeia, can render the passion of the piece, as, for example:


Here, those heavy breathing sounds that insist on panting through the first line and leave us gasping echo on into the second, where they are replaced by the lip-popping p sounds of people's reproach.

All these examples are from the first five stanzas of Put a Curse on my Enemy. It would take a long time to point out other examples of the way the English version looks to capture what is, presumably, the spirit or ghost of the original Hebrew.

I think the translators have done a very fine job generally. The poems register as poetry. The liturgy sounds liturgical, the dancing continues, and the two languages call out to each other.

But what are the poems like as poems? That will require a third post. Maybe tomorrow, though tomorrow is busy. I am going to London to record more poems for the Poetry Archive, mostly children's poems in this case but some adult ones too. The last time I recorded for the Poetry Archive was about seven years ago.

George, much good luck with the recordings. Your poems were just on my video bar. Sir Patrick Stewart was reading one.