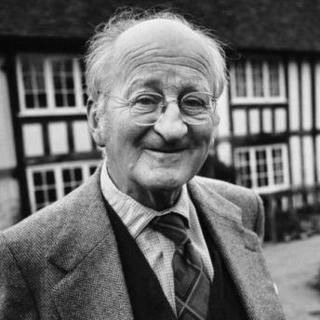 The Englishness of English Art is the title of a series of six Reith Lectures by the immigrant art and architectural historian, Sir Nikolaus Pevsner, in 1955. The lectures were published in modified form by the Architectural Press the same year and lingered for years on the Peregrine list before being reissued by Penguin in 1991. Pevsner is, of course, chiefly famous for his monumental Buildings of England series, the earliest of which predates his Reith Lectures by four years, the last being published in 1974. I mention these dates because they are important to me too, covering as they do my childhood and early adulthood in England, in other words my formative years as a poet. Pevsner’s six lectures were broken down as follows:


1. Hogarth and Observed Life
2. Reynolds and Detachment
3. Perpendicular England
4. Blake and the Flaming Line
5. Constable and the Pursuit of Nature
6. Picturesque England

In considering this talk I thought of taking this as a model, or at least a rough template. There is much in its broad lines that offers possible lines of investigation. If I took 1973 as a benchmark I would probably look hardest at the Hogarth, Reynolds, and Picturesque England chapters, and particularly Reynolds, if only because the received idea of an English temper and aesthetic would be rooted there with Dr Johnson and his Augustan “bottom of good sense”. That was the kind of tough-minded, sceptical, humane, yet now and then, mildly mystical, form of materialism I saw in The Movement at large, and in the dominant English spirit of the era, in Philip Larkin, in particular.

I mentioned the anthologies that lay to hand in my youth. In my mind the Movement was up against Eliot’s The Waste Land, and Pound’s Hugh Selwyn Mauberley, neither of which I understood in the academic sense, but which excited me, or in Eliot’s terms communicated themselves to me. Communicated what? A recognisable sense of the world as it actually existed. It was Martin Bell, while I was at Leeds, who had introduced me to them in about 1969-70, as he did to various other Americans, to Stevens and Ransom, for example, who also excited me, leading as they did to Roethke and Jarrell and William Carlos Williams and the rest. So it was European-bred instincts, topped by American scale, gab and intimacy that formed the foundations over which the Movement had to build and move me. Nevertheless, the Movement was the Englishness of the time, as I saw it, and somehow I had to understand it.

We cannot keep class out of it really. Class is always a factor, but, as immigrants, we did not easily fit into the English map of class. Auden and Eliot have both been great influences on me, as on many others, but they were international figures, somehow off the map, off the scale. The voice of English English poetry was rather more localised. The English voice, or what I read as English voice, was audible in just off-centre voices, like, say Bernard Spencer, who appears in Allott’s anthology, and writes of allotments in April, not as a Georgian or rural idyll, but a form of plain-spoken, heartfelt realism:

…Behind me, the town curves. Its parapeted edge,
With its burnt look, guards towards the river.
The worry about money, the eyeless work
Of those who do not believe, real poverty,
The sour doorways of the poor; April which
Delights the trees and fills the roads to the South,
Does not deny or conceal. Rather it adds

What more I am; excites the deep glands
And warms my animal bones as I go walking
Past the allotments and the singing water-meadows
Where hooves of cattle have plodded and cratered, and
Watch today go up like a single breath
Holding in its applause at masts of height
Two elms and their balanced attitude like dancers, their arms like dancers.


This was not my original world at all, not the world of Budapest courtyards, of revolutions, crowded trams and Central European nightmares. Not the troubled savage history of redrawn borders and endless insecurity. This was not the landscape I left but the one I entered in London and now recognized as a second home, a suburban landscape or Metro-Land, on the edge of pastoral yet populated with the poor, their sour doorways and our own worry about money, a landscape that nevertheless opens to the brief ecstasy of those elms dancing and dancing.

It was not my first world but it spoke a language one could learn and get used to. It watched things carefully, it did not allow itself big rhetorical gestures, it had a certain suppleness and warmth of feeling. Beyond all that, it spoke the standard English without local inflection that I myself was trying to learn, for what other kind of English, after all, would be available to me? I was British. I had no locality. No group-speak. It was worth learning. It had to be learned!


[to be continued via Allott and who gets to be English

I've read it, Simon. In fact In reviewed it in The Guardian a coupleof months ago. It's a very fine book.