The True Confessions of a Retired Tutor in Creative Writing 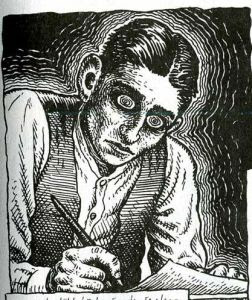 So I was reading this piece in The Guardian - and the comments after it and, having done so, felt that though I had explored this territory often enough before, there were some things that maybe I should have said more clearly, so I am trying again. First, a confession.

I confess! I taught creative writing. I enjoyed it. I inhaled and am still inhaling. I also seem to have written a lot of books. But surely, they must be crap, otherwise I wouldn't have been caught dead teaching on such an obvious scam. I confess this crime but I would like the following mitigating factors to be taken into account:

1
As a young poet I had no access to courses such as creative writing but was lucky to find poets who helped me both in the small groups they ran and as friends. Very lucky indeed. I would like it if others were as lucky as I was. I can't guarantee that they will be, which may be my fault, but it won't be for lack of trying on my part. The poets who helped me in youth joined the poets I had read and loved and already lived in my head as well as those the live poets introduced me to. I hoped to do something similar for my students.

2
People who complain that creative writing courses produce relatively few writers don't complain that history degrees produce few historians, that music schools produce relatively few world renowned soloists, that art departments don't necessarily produce a lot of major artists. I spent 16 years in schools teaching art. Are people asking how many of those are 'great' artists now? I sincerely can't see why writing is different from any other art.

3
The principle of creative writing? Simple. Put those who want to write together with a writer who can both write and teach. The students learn from each other under the chairmanship of the writer. Thinking about writing also helps to think about reading since what is being read had to be written first. The skill of writing is as much in the reading as in the writing itself.

4
The history of any subject is that those sharing a mutual interest in it get together, formally or informally. I think of the Renaissance courts, or the idea of masters and guilds; I also think of those groups of writer friends like Keats and Leigh Hunt and Reynolds , or indeed Pope and Swift, who would get together to discuss their writing if only because they were interested in and respected each other. It is not outrageous to suggest that people may stand a better chance of writing well if they have access to intelligent opinion and discussion as they develop.

5
Contrary to rumour, students are not promised anything except the opportunity to conduct intelligent discussion of what they care about with other people who care about it. There is no guaranteed outcome. Courses are not a version of show biz or target led business. Nevertheless the courses seem to have consistently risen in popularity and even straight English degrees seem to do better when there is Creative Writing involved. For reasons for that see (3) above.


a) writers (generally novelists, not poets) who have made a living in writing without any course and are for one or other reason financially independent (albeit possibly supported by a partner or with family money). They like to keep a certain mystery about their dark art. They regard themselves - and they may well be right - as especially gifted people who have achieved everything through individual genius and the sweat of their noble brow. They couldn't possibly discuss their art because it is too high for normal people to understand and maybe they themselves prefer not to understand it or even think much about it. (There is something genuine and true in the notion that the arts and their procedures work by a sort of mystery but not all who proclaim themselves as possessors of secret gifts actually possess them.)

Such successful and comfortable writers resent both the courses and the writers who teach on them because the writers who teach are not properly struggling, not alone, the way they think they were alone and struggled, and because they think (not having taught such courses) that the writers are teaching systems and tricks. Systems and tricks are, I myself freely declare, quite useless and furthermore, having examined a decent number of other MA courses in the past I can declare that I haven't come across a single one that offered a bunch of tricks as a prescription for success.

b) people who know nothing about writing and probably read very few books. These include a number of commenters on such subjects (see the comments under The Guardian piece). The level of intelligence shown in discussing Creative Writing by such people is roughly the same as that found in comments following a Chelsea defeat.


7.
These are my true confessions. Further let it be known that a number of people - many of whom I have never met - keep sending me their work for an opinion in one form or another and that I still go to meet younger writers when they think they'd like to show me work in progress. I find that flattering but also exciting. It's nice being with the young - putting aside children and grandchildren the rest of my life tends to be with my own age group. I can't devote my life to the young orindeed others with manuscripts on the go (I never could) but when it is possible I would like to continue seeing and reading others.

There is in fact a list of witnesses I would call should the court require it in order that it might lighten my punishment but I will not ask for such witnesses now (it would be somewhat distasteful), nevertheless I want to assure the court that such a list exists.

One last list in link form as a mitigating plea. Not my list but the list of a single university, the UEA, where I was proud to teach. Let them be witnesses too. And beyond them all those who did not become famous and maybe never published much but whose experience of reading and writing on the various courses enhanced their human pleasure and potential and who might yet go on to publish and be successful later.

OK, I confess to being a student on a creative writing course. Our teacher was a lady novelist, well known 'up north'. There would be 6 or 8 of us there on a regular basis. I can remember enjoying the experience which was kind of cosy and had a vicarage tea party atmosphere to it. And being slightly inspired to write something lengthy. But only slightly. And then someone heard I had published a few things, poems in the local paper, a short story on the radio, and turned up on my doorstep with his badly written novel for me to evaluate . . . and so on. Such a course for the student can be the key to another world and whether any good writing comes out of it or not is probably beside the point.

I was an MFA student forty years ago (1974-76). My degree cost me $450 each of four semesters. I do worry about people who are spending a fortune and will end up deeply indebted to get an MFA which may not have much practical value (as opposed to spiritual value or educational value or emotional value, all of which I the degree does).

A Ph.D. in history or art or most liberal arts subjects back in the day pretty much guaranteed a graduate a job as a full-time, tenure-track college professor (I'm talking about the 1950s, 1960s and even the 1970s). So historically, at least, graduate work in those fields led to people working in those fields in academia or sometimes related work in nonprofit organizations or government (for example, I had a friend with a Ph.D. in history who specialized in labor history was hired by a large labor union, and I knew several Ph.D.s in economics who worked for the Federal Reserve or Securities and Exchange Commission).

MFAs and Ph.D.s were once at least able to get full-time jobs in the U.S. as college teachers. That is clearly no longer the case. With that reality, prospective MFA students should give thought whether the degree is really the path they should take.

Unfortunately, MFA programs are viewed by universities as "cash cows"; unlike, say, graduate work in the sciences or medicine or even art (where the costs of equipment can be considerable), creative writing programs are really, really cheap to run.

Thank you for the comment Gwilym. I am sure experiences vary but I was concerned to defend the idea rather than this or that course. Yours sounds perfectly imaginable and while not exactly a revelation still useful. There can be something almost genteel about such courses but it is good to hear other people's views and to see what others do.

Good you should write, Richard. Thank you.The situation here is that one needs a PhD to think of an academic career so a good number of writers with MFAs or equivalent look to undertake doctorates.

There are all kinds of material dangers in that: the time and money spent without guarantee of success for a start though the loan schemes are manageable if unpleasant. The idea is that we live in a debt economy in which everybody's debt underwrites everyone else's. The problems with this assumption were clear in 2008 but there is not much in the way of alternatives offered.

There is another danger, which is that writing becomes a circular career. No sooner do you finish your PhD you go back into the system and teach it without gaining much experience outside.In practice this is rarely the case because those with MFAs usually need a few years off either to raise money or to publish a book and assemble some prestigious magazine or media publications.

These are important practical issues, and in the long term potentially artistic ones too.

My defence is intended to answer two charges: that the courses are worthless in terms of l;iterary value (I disagree with that), and that students are enticed in by promises of a glittering future. They're not.

There is evidence that the current generation, which is essentially the first generation to have experienced the great rise in CW courses (in the UK that is), seem to be landing on their feet and coping rather well.

What happens beyond that, in their next ten years, is hard to predict, but the assault - and I do think it is an assault - on the humanities generally at universities will make life difficult. It is already doing that (a very fine Marina Warner article in the LRB demonstrates the degree of difficulty right now).

It may be that the bubble of expansion in CW courses in the UK is already beginning to deflate. But I don't know that. I am glad to have taught it when I did and I am equally glad to have been able to stop it at this stage.

I just think it can be done well, and that it has achieved a lot for some, and something for the rest. I give the reasons for that opinion in the blog.