What I am Losing by Leaving the EU 1 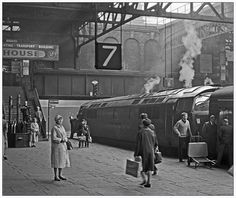 I thought I had better ask myself this question if only that I might articulate it to myself more clearly by articulating it to others.

In some respects, possibly in the mostly important respect, it is a symbolic loss. Symbols matter because they concentrate a set of related meanings into something concrete. And because that is what a poem does let me begin with a poem (originally a set of three).

I am citizen of an overdressed republic
that knows itself as more than an illusion
and will keep donning clothes and moving on.
Sometimes I think I too am overdressed.
I think I should strip naked, walk the street
with nothing on, and face the filthy weather

we emerge from. I think I is another
as we all are. I think it’s getting late
and dark. It’s hard to see. I smell the dust
that’s everywhere and settles. I know it mine.
I am in love. I am standing at the station
waiting to board. I’m not about to panic.

The notion of Europe is a matter of identity - a complex 'overdressed' identity. That identity is far from a model of virtues. Europe has both a dark and bright history and my family and the people to which that family belongs - Central European Jews, rootless cosmopolitans - has experienced plenty of the dark side and will probably never be at complete ease with it. But neither are we - my family, my people - models of virtue. We are no more virtuous or innocent than any mortal. But the history is that we have been obliged to move from place to place, from country to country, often by force, sometimes deadly force. So nationalisms - that naturally exclude - always worry us. British nationalism no less than Hungarian nationalism than the nationalism of any nation. No sooner have we decided to assimilate and resolve to be of the nation than the nation wants us out and, it turns out, has always regarded us with suspicion.

Nor is the dark side of Europe entirely restricted to those who are already part of it. Through empire building and colonialism it extends far further. But - and this is important - not AS Europe. Colonialism was never a common European project. It was competition between nations drawing on commonly available resources. European ideologies certainly played a part but nations did not act in concert, in the name of Europe.

Europe in general, however, has usually - not always - offered us - and here I return to my specific tribe - alternative homes. It is a terrain we recognise, to which we have contributed and with which, therefore, we feel an affinity. Without Jews no Christianity. Besides, we are, traditionally, people of the book, and the book represents culture. We are part of it: it is part of us. Products of hand and mind are shared. When we are loyal to the nations in which we live we understand that the nation is not, culturally, an island. It has many specific characteristics, no doubt, characteristics that also become part of us. These local streets are our streets too, our fields and our institutions in that they represent us. They are quite specific objects of love and concern. But we know that at any time they might decide to throw us out.

So, to some degree, our - I should now say 'my,' though I am not religious, not of a religious community, and very rarely consider myself as distinct entity separate from any that might read this page - attachment to Europe is a matter of insecurity.

I grew up with Europe as well as with England. I have grown through Bach, Mozart, Beethoven as well as with Vaughan Williams and Elgar and popular music and all the hybridities of literature, art, craft, any culture comprises. In football I support England and Norwich because that is where I live now. If I lived in Scotland I would possibly support Raith Rovers simply because I like the sound of the name, just as I also support Manchester United because of its historical associations. I am - like most people reading this - both local singular and universal multiple.

But I admit the insecurity. I feel am losing something valuable and vital to my personal existence in Europe. I am being torn from it.

The EU is not the same as Europe of course, I realise this, but the referendum was never about the technical issues of EU membership. It was about much more. It was also about love, or a certain love relationship, a being-in-love relationship with an idealised object as the poem implies at the end.