And Dr Strabismus (whom God preserve), of Utrecht 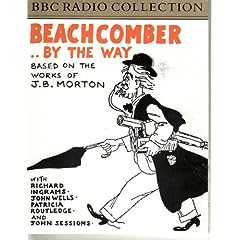 Back from... Belfast. A somewhat surreal experience, on the return journey, to arrive at Belfast International Airport (or Aldergrove - corrected from Alderhay! - as it used to be known) and find myself the only person in the check-in hall. The only person apart, that is, from a woman employee at one of the check-in desks. And, as I pass through the other halls, I see there is no queue at security, only me and five security personnel of various genders. Ghost town, I think. Eventually I go to the right gate and enough people to fill one-third of an aeroplane eventually gather.

But then that's how it was with the taxi too, of course. Saturday afternoon and the usually packed streets of Belfast all but deserted. The taxi-driver, an old man, once had a job driving forklifts but that was years ago. One day they were all called in to the office and told they were being laid-off. Treated them well enough, the firm. No complaints. He has been driving cabs since.


And later, at Stansted, on the train...

And later, when I get off the plane, and head for the rail platform to find my train - the train for which I am forty minutes early, already there and open so I can stay warm - I get into conversation with the boy putting the utterly unnecessary Reserved notices on the seats, and he tells me he has been looking at the papers, reading about the crowds protesting against the employment of migrant workers in Truro, though, as we go on, we decide it is not so much protests aganist them, more protests about the lack of offer of employment to the local workforce. But he thinks it means big trouble, that it heralds riots, and we chat for a good fifteen minutes, he worried, I, in view of my age and educated post-doctoral clothes, more calm and phlegmatic, making noises of the soyez douce, soyez calme variety, though I myself am not altogether either douce or calme, simply a responsible adult. And I note that he is not xenophobic, just worried, because he hasn't seen anything like this in his relatively short lifetime. And when the train begins to fill up, partly at least, because, like the plane, this isn't going to be even half-full, he moves on, touching me lightly, affectionately, on the shoulder, and wishes me good luck. Because what's the point of working on a train with all those people on it if you never say a word to each other, especially at a time like this.

Meanwhile, I think back to the day before, to the few minutes before getting on the train at the local station, how the sight of the small, plain, not-quite-ugly warehouse at the side of the station building, with the cold, clear blue sky behind it and C beside me in the car (I was carrying a lot of books), had been oddly moving in a sudden, stab-like way, as if it, the warehouse, were sharing a sense of impermanence with us; that we were here, in the same place, C and I and warehouse and cold blue sky and everything else, mutual occupiers of space, and, in some weird sense, companions in time; and that this was a joyful feeling, particularly because the warehouse as architecture had nothing to recommend it, not even usefulness. I said something about this to C before I got out and she said she too experienced such sharp moments of joy-and-loss and that it could bring tears to her eyes. Maybe one gets more of such moments as a senior citizen. One never knows, do one?


On having been duly doctored..

But none of this is Belfast. The writer on whom we were bestowing a doctorate after due care in reading of books and in the writing of reports, was well deserving of a doctorate, if a doctorate was, nowadays, the kind of thing to be bestowing on writers, which indeed it is. Though I remembered getting my own doctorate in the very same way and feeling - as I still do - somewhat like Dr Strabismus (whom God preserve), of Utrecht, as Beachcomber wrote him. So - Guten tag, Herr Doktor Dichter! - Guten tag, Herr Doktor Romanautor!


A Room of One's Own

And somehow Edna O'Brien comes to mind, since the new Herr Doctor Strabismus of Utrecht is son of the same, and checking the spelling of her name (O'Brien? O'Brian? surely I should know but feel confused) I come across this by Grace of Google in one of those Guardian Writer's Rooms thingies, with the photo of said writer's room, where she, (loquitur):

Late at night, when the fire is glowing, I open a book, any book, and read. "It is midnight. The rain is beating on the windows. It was not midnight. It was not raining" - from Samuel Beckett's Molloy. I think what a priceless harvest great literature is.

Your piece about the good doctor reminds me the day I went to the anatomical institute to see a friend of mine, who is a doctor, give an address.
I enter. A man stands on guard with a clipboard.
"Ja?"
"My name is Williams"
"Wilkommen Doktor Williams"
"I am not a doctor I'm just plain.."
"Ach. Wilkommen Herr Professor Williams."
"I am not a professor I'm just plain.."
"Aus England der Herr Professor?"
and then before I could reply clipboard spoke with some pride to a girl lurking in a corner, "Professor Doktor Williams aus England!" and she briskly escorted me upstairs and directly to the buffet.
C'est la Vie, George.