Everywhere but here, twittering on. 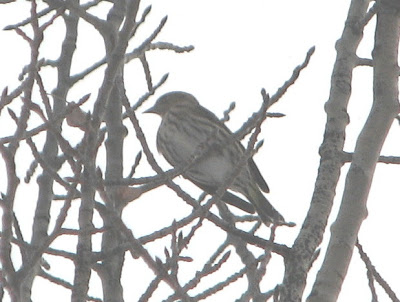 Constantly travelling and speaking at the moment, mostly to purpose, so life is a set of fragments joined by railway lines and mileage. It's Twitter territory rather than blogging but with all kinds of openings to other thoughts. Here's a flavour of twittering with, at the end, a thought on the whole notion of FB and Twitter, these strange, faintly cosy, faintly inimical forms. Tweets plus brief notes in italics.

Tiny studio in Shepherds Bush with Choman Hardi, talking children, grandchildren, mortality, the extreme limits of life, enemies of promise. *This for the radio programme Something Understood due for broadcast 25 March. Choman Hardi is hosting this particular programme.

Then after, of Kurdistan, beatings, torture, corruption, feminism in the Middle East, postwar stress. She shows photos of daughter. *These are Choman's brothers, who having supported and publicly argued for the changes in Iraqi Kurdistan now find themselves assaulted by the very people they supported. Why? Because they criticise them. Choman herself takes an active role in feminist politics there.

From O my America to toothed fury. From shock to delight to apprehension & terror in barely a moment. Of not knowing, of language as unknown.

Of the music of sentence counterpointed with line. Of rhyme as a condition of discovery. Of seeing anew through language. Of noticing anew.* These last three about the recording of a commissioned poem - some dozen or more other commissioned. I'm second to record, Don Paterson having been the first. The video part is the poem again and a fascinating set of questions with about twenty minutes worth of replies which will finish up being cut to six or so. But the thoughts are worth following up.

Then to NPG just as cafe is closing to meet GG. We hurry off to nearby by & talk Hungarian politics. How things happen. Who makes it happen.

Of the flooding of all official posts with government supporters. Of alliances & friendships, of compromises and slipping rightwards.* These last two, among other things, apropos the debate next week at the LSE about Hungary. I am with Victor Sebestyén, author of excellent book on 1956. Opposite is George Schopflin, Euro MP and another. Having no experience of this kind of debate this is a terrifying prospect but needs to be toughed out.

Then to Maiden Lane. First a drink with Agi Lehoczky & friends, a very quick late bite. Over the road to introduce Agi's launch. She reads,

Her prose poems like vertical catacombs, a constant dissolving, a mesmeric drive towards a sense of tipping over into great spaces.* Agnes Lehoczky's Rememberer at the Balassi Institute, Hungarian Cultural Centre.

By now C has arrived. Mother out of danger, back to nursing home, very thin, barely conscious. The tough constitution clinging on even so. *Having been seriously at death's door, Clarissa's mother is now well enough to be returned to the nursing home. One moment of panic gone, more undoubtedly to follow. Poor C, up and down from Hertfordshire. She arrives just in time for the launch.

Oh and talk at launch of poetry with KK of the cerebral, the personal, of whatever Modernism is now. Talk like a long unrolling carpet.*This too is fascinating - about poetry as a group interest or group commitment, about academe as a ground for such groups, about its influence on what is or might be being written.

Talk, almost like dancing in a vortex. Another full week of it to come. Plus reading to do. Social life in fragments. Sleep and wake. Awake.

At last the tube, the train, the car from Stevenage, C driving, giving a lift back to Hayley. Talk of children, food, cooking, normality.

And now I am editing Poetry Review for just one interim issue. Place-holding. Evening Standard rings for gossip. No gossip. A one-off job.*The last but main thing. Rung up and asked if I'd be willing to finish editing an issue barely started and behind time. Heavy heavy gulp before taking it on. More work pressure is the last thing I need. Thought about it over one night. Thoughts about what best to do, what there is given to do. But won't start thinking till after the FInzi Lecture and the LSE debate.


Incidentally I am in another LSE debate on Saturday, about something else. More literary - translation and cross-cultures.

No time now for reflections on FB and Twitter. Only to say that at one time I thought both of them potential wastes of time. Potentially pernicious. But have forsworn to use either to flog my wares or self. Or what might be self, or what is floggable of self that I wouldn't flog if I knew what it was, since self does after all produce the words here, there, and indeed everywhere. And to bear in mind Eliot's great half-truth that poetry is an escape from personality not an expression of it. As is obvious, more to think on in all these respects.

One last lovely ludicrous note. While in the editor's room of the first studio my mobile rings. I say, Hello. A recognisable voice at the other end says. 'Er I don't suppose you are a plumber'. 'No, I answer, but my father was.' Perfectly true. Once. It's dear old friend from Liverpool who has pressed the wrong button. Needs his washing machine and gut fixing, he says. One at a time, I say.

On the Poetry Review editing, congratulations on an impossible job. Stuart Pierce, Stuart Lancaster, Stuart Szirtes? Caretaker managers appears to be how we operate these days, so many houses being out of order.