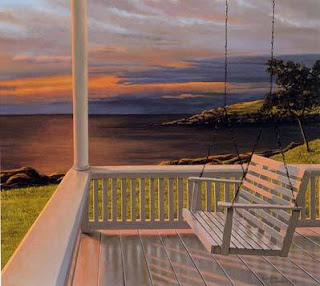 I had half begun a potential correspondence about the idea of a poem's subject with Nathan, but things got in the way, as they tend to do and in any case it wasn't a good time to try and think about it, but now that I am fresh from reading through the big competition, I want to try a few initial notes, if nothing else. They are loose fragments of ideas:

1. There is an interesting balance between subject on the one hand and language / form / voice on the other. The bigger, more dramatic, more humanly moving the subject, the less important seems to be the form. We begin to feel a certain sympathy for, almost an obligation to, the imagined figure of the writer, thinking: what a tough time / how humane / how delicately felt... and the poem finds itself shifted slightly to one side, more a well-formed symptom than a freestanding work of art. Elevating, uplifting feelings are a particular problem. It gets to be a bit like being at an evangelists meting.

2.There is, in any case, the whole question of a poem being 'about'something. An absolutist - a L=A=N=GU=A=G=E poet, say - might argue, among other things, that language is not a way of wrapping up the world. Nor is it, the argument might proceed, a matter of assigning meaning and delegating a purpose. These forms of control are fakery, and, what is more, oppressive, because language as lexicon, grammar and syntax (the symbolic order) is something imposed on the world, and distorts it. The symbolic order is, by its very nature, authoritarian.

3. Well, yes, but then we are, er, authors and I don't hear such poets chatting in the bar without a core reliance on lexicon, grammar and syntax. People talk about things all the time. Nor would our evolution have got very far by relying only on the so-called semiotic, in other words on the voice seeking to escape definition by articulating the intuitive and dwelling in the fissures of denotation.. (OK, I'll avoid these terms from now on)

4. Essentially we know language to be inadequate. We know denotation is indivorcible from connotation, and that even the pair together make only a shape in space that feels like some particular sense of the world. We know language isn't the world. That knowledge is the melancholy music of human consciousness.

5. In other words we get on with denotation and connotation as best we can. We dwell in the fissures of the symbolic knowing it to be, alas, only the symbolic. The poetry is in 'alas' and 'only'. But there is no alas without the symbolic. You can't be a fissure inside a fissure. It is as Howard Jacobson once wrote when thinking about the importance of marginal writing: you have to be on the margin of something that isn't the margin.

6. What does this have to do with 'subject'? It depends on what we mean by subject. Some subjects invite a consensus. It is nicer to be nice, kinder to be kind, more properly sorrowful to feel sorrow. Consensus is partly the problem, because consensus talks in cliché, and however one might argue (and I would to some degree) that clichés are only clichés in so far as they have been perceived to be true, the fact remains that the more often a cliché is repeated the less it carries truth. It is a writer's duty to decline the invitation to cliché.

7. To carry truth is an interesting metaphor. Language is assumed to carry meaning. But meaning fades from language the way colours fade from a photograph if too much exposed to light. Eventually there is only a very faint blur or trace.

8. Might it not be best then not to rely too much on consensus, on our ability to carry meaning? Is not the medium the massage? It was certainly thought to be so: now it is often no longer thought, it has become part of the hard wiring of assumption.

9. To be able to sum things up, to take an event in the world and to pack it away neatly in a poem, with the full stop neatly placed at the end like a final click, is a kind of falling short. In certain moods it can seem almost immoral. Hey, that's just a cheap trick. Life continues to leak away everywhere. Surely the whole fragile structure of the poem should recognize its fragility, should remind us somehow of the provisionality of its material, in order to be 'true' both to itself and to life.

10. But, then again, the cool shrug at the hopelessness of the language project, the smart knowingness of the great gesture whereby the poet dismisses the world in which people undergo life, suffer it, talk about it, sigh about it and die from it, as a kind of substandard cheap fiction is not attractive, not in the least, not to me. So what makes you think you're so superior to other people, the people who talk and cry and tell stories? Why should poetry be a hermetic game? Don't you too have 'subjects'?

Ten points are enough for one post. I'd better write another to explain (or antiexplain) myself, right? Then I will.

I was once sat beside a poet who was about to do a reading. While he was flicking thru his folder I noticed that his pages had a keyword or 2 in a top corner - "envy", "fatherhood", etc. It seemed odd to me at the time, but as a performer I guess he (like many others) introduced pieces by saying "This is a poem about X".

My stuff often has more than one source. It sometimes works by juxtaposing. The language and content can't always be separated (a common metaphor for this is a mobius band - there aren't 2 sides to it - language and content - one merges into the other). Not poetry as lyric but as unstable polyphony.
Problems and poetics of the nonaristotelian novel addresses a few of these issues, I think. And Glyn Pursglove in Acumen wrote "The governing principle of much Persian poetry is circular rather than linear; rather than a logically sequential progression, a poem is seen as a collection of stanzas interlinked by symbol and image - the links being patterns of likeness and unlikeness, of repetition and variation - which 'hover', as it were, around an unspoken centre".

eagerly looking forward to following this series, love it when you share your poetic thoughts and ideas

Tim Litrefs - Yes, good points and precisely what I am arguing. Nevertheless there may be cases where the poem is over freighted by 'subject' as described here and in the later post above.

One might apply that principle to Pursglove too. Essentially he is right, I think. It is what I myself have been saying recently apropos the pantoum and the ghazal. They are circle dances rather than journeys. I would only modify that by suggesting that pantoum and ghazal also employ syntax, and that despite the greater forward dynamic of, say, the sonnet, to call it simply linear is to caricature it. No good sonnet I know goes from A to B, though we are, no doubt, in a different place by the end.

I think there is a danger of talking aabout tendencies and philosophical frameworks rather than the functioning of poems when discussing the differences between, say, ghazal and sonnet. Which is not to say the differences are not there.