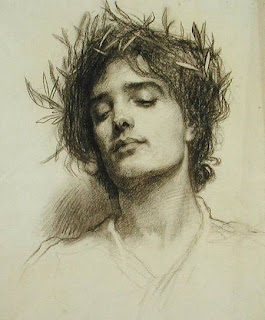 It's good to have guest posts, especially at busy times, so I am glad that Meirion Jordan has written a piece for the blog. It is on doubts about prize culture.

I may as well come straight out with it: I'm not sure poetry prizes work.
This is perhaps a the worst time to get cold feet. I'm writing this on National Poetry Day, in the run up to the TS Eliot Prize, and with the Forward Prizes not far behind. I should be agog to hear the news about all the fantastic books that have made the shortlist, yet suddenly I'm not sure what it is that these shortlists accomplish.
On the face of it they accomplish a great deal. Prizes are about promoting books of poetry, about rewarding and raising the profile of gifted writers, about giving the poetry world an excuse to get together, giving the entire scene something of a public profile.
Yet I'm not sure that poetry has benefited nearly as much from these events as it could have. Prizes have been a major feature of the poetry landscape for over 20 years, and there's no doubt that the poetry world has changed for the better during that time. But 20 years isn't a long time in poetry. We tentatively hope that poets, let alone their books, will have careers of something more like 30 or 40 years; we've not even begun to see the long-term effects of our reliance on prizes to seek out 'excellence', the 'best' works published.
The problem is that, whatever the variations different judging panels introduce, such enterprises tend to be self-defining. Win one prize and you end up judging another; the bonds of mutuality between the work of the judge and that of the judged creep up on you, year on year. This isn't an accusation, by the way: I don't mean to suggest that prize-winning poets form a clique, but to say that if they were a clique the pressures that formed it would not be evident to us or to them. Once you start thinking that you, or indeed anyone else, is in any way equipped to judge between 20 poets at the peak of their craft you've already mistaken the social connections that draw your personal inclinations towards those of others for a benchmark of quality.
This isn't a deeply-held conviction, but it's a nagging misgiving that puts a damper on my enjoyment of the poetry community as a whole. In the 20 years that poetry prizes have proliferated, whilst much has changed for the better, I worry that the overall readership for poetry hasn't exactly exploded. Poets are still very much second-class citizens in a literary world dominated by novelists; to an outsider, does it seem that we have only a handful of titans (one less as 30th of August), but armies of dwarfs?
Are we too wedded to the notion of individual genius, perhaps? It seems odd that in spite of our beliefs regarding the social nature of our particular communicative enterprise, we still prioritise the lone voice of 'excellence' over the communality that shaped that voice. It's an uncomfortable statement, but ask yourself whether you could believe it: prizes are gatekeepers to our present mainstream. Doubtless it's an enlightened, brilliant mainstream - but its construction is such that if it were out of touch, we'd not find out until it was far too late.

*This piece may be cross-posted on the PBS blog.

Very interesting piece full of valid questions. One thing I have noticed is that the Forward Poetry Prize nominations seem to be selected from an increasingly narrow range of publishers in the last few years. Looking back through the index of selected poems it would appear that the smaller presses and magazines have almost disappeared in recent times. This seems a shame since smaller presses and magazines stand to benefit far more from such exposure than the larger presses.