On Responding to Corrected Proofs:
The God/Goddess at your Shoulder 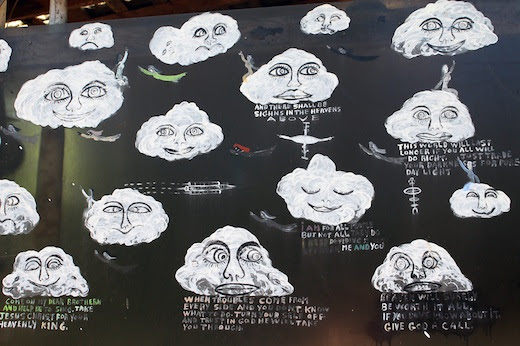 For the last week or so I have been responding to corrections and questions to the first proof copy of a novel I translated and handed in last summer.

The editor is very careful and has marked up various typos and stylistic glitches as well as asking some excellent questions about chronology in the novel and checking whether this or that part of the text was in character for the person thinking or speaking.

But that's an excuse. Here are some more excuses.

There are difficulties involved in the original because Hungarian has no gendered pronouns. This is always a problem because, as translator, you have to make decisions early, and aspects of the style depend on who seems to be doing the speaking. That difficulty is compounded in this case because the core relationship is between mother and daughter and the writing offers both points of view, occasionally within a single paragraph, so it can take some revision to work out who is speaking or thinking, mother or daughter. The mother is rarely referred to by name in the text.

There is a firm historical context but it is rarely given directly and some of the revisions consist of making dates agree and then aligning them with background events. The editor's eagle eye has spotted these and her helpful notes have to be tallied with my own earlier guesses. That takes an infuriating amount of time.

The author has clear ideas about location. She tells us how many rooms a house has but not how they are used or arranged. It has become an obsession of mine to figure out the precise layout. Two rooms are distinctly mentioned and, to some degree, described, but there is also a kitchen, a bathroom, and a hall. Does the kitchen count as the third room? The third room is never mentioned as such. A kitchen is.  What is the point of a third room if no one ever goes into it? There is a vaulted passage at the side of the house. Is the entrance to the house under the passage or at the back? Does it matter? The author knows something she did not feel necessary to reveal. Why do I have to reveal it?

There is a considerable amount of historical and geographical knowledge that I lack and I rely on friends in Hungary to fill me in.

It is, in fact, almost like writing the book. Slowly I have been writing the book and now I am correcting it with new perspectives. Some apparently odd things fall into place. A few still hover.

Psychologically I think I have it right. In terms of sensibility I am pretty sure I have it right. Those are my strengths, and I like to think I have a poet's feeling for language too. That should be my trump card. It's what gets the books the good reviews. Which is why the stylistic corrections hurt. Yes, in my hurry to get the book done, I had left some awkward sentences. That annoys me no end. That, at least, I should have nailed.

Then I remember: it has always been like this. I fly for long passages then I crash. Occasionally I lose control altogether.

I sometimes think that translation is a kind of spiritual discipline. You make the rods for your own back. With a little chastisement you are purified and can get back on the trail. You are the servant of the godlike master text.

The fact is, like any writer, I need a good editor, a god or goddess substitute. And this one - stand up Ellie Steel at Random House - is the best yet. Thank you.

Thank you for sharing the real, the for you real.

Translating German into English is impossible. Example: The man entered the room and in the the room was a table. He stood in the corner.

Good luck George. You're the man.

I forgot to mention that the table (der Tisch) is the same gender as the man. So in the original, which I recall from a book I read, 'he' could mean either man or tableSDBrun been.

Derrida, who in my uneducated opinion, was an unintentionally hilarious charlatan, once said "Je parle qu'une langue." When I'm sat with my friends, over a drink, talking ping-pong to-and-fro in my native language and in a certain register of class and geography within that language, I realise the kernel of truth in his statement, which perhaps can serve as the beginning of a statement of the problem of translation.

Later, when I come back to write my blog, which often retells conversations such as this, I can get very annoyed with myself when I read it back, positioning myself as a third person, at not having conveyed a true picture of the quality and content of the conversation.

And this is in my own language! Please carry on doing it. The someone, for certain books, if you George :)

By the by, it was amusing when I had two Hungarian living in my house last year, and the confusions brought on when they got the personal pronouns mixed up. The Finns have a similar feature, don't they?

So, with a bit of editing, that should read:

The someone, for certain books, IS you George :)