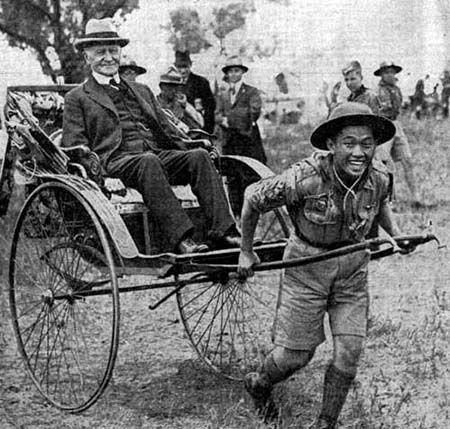 I think we can come to a compromise on this, can't we? The bankers could forgo their million-pound bonuses in return for the services of the unemployed steelworkers as subsistence labour for, say, twenty years. Plenty of uses envisaged: security force, private army, dead souls á la Gogol (a kind of toxic debt)*, rickshaw service, organ donors, paving stones, water features...

The Season of Good Will is upon us.


*'In the Russian Empire before the emancipation of the serfs in 1861, landowners were entitled to own serfs to farm their land. Serfs were for most purposes considered the property of the landowner, and could be bought, sold, or mortgaged against, as any other chattel. To count serfs (and people in general), the measure word "soul" was used: e.g., "six souls of serfs". The plot of the novel relies on "dead souls" (i.e., "dead serfs") which are still accounted for in property registers.'