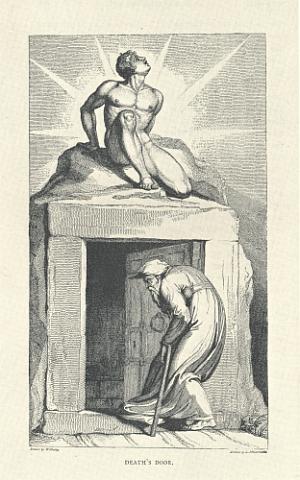 For years I have woken up with dreams of fear and failure. The sense of the dream haunts me as I rise, but then there is so much to do, the dark dream seeds get ploughed under the light and fury of day.

Last night we had friends and family round for supper, a bunch of writers and artists, and it transpired that we all suffered spells of depression. Nothing debilitating - clearly not, since we all looked pretty well undebilitated and we are all productive. It was suggested that depression (we are laughing as we talk) is just a natural part of being an artist. Art requires considerable nervous energy and concentration, and is not guaranteed to be successful. There is generally a winding up towards the task, like winding a spring, and then either a winding down or a sheer drop and drastic uncoiling. In between the bouts of energy and what, sometimes, feels like success, one simply gets tired.

Success is, in any case, the most relative of sensations. One has ambitions, but each ambition, in appearing to be satisfied, simply leads to another one. Recalling my early years of writing, that anxious, sustained, sense of unsuccess in my twenties, my rational self should conclude that I have been far more successful than I ever imagined. This is an argument.

But arguments mean nothing. In writing, in art, perhaps in every endeavour, there is only ever the now and the future. The past has vanished. And there is only a limited amount of future for any of us.

I sometimes suspect I distract myself by taking on more work than seems feasible. There is no time for a dip because there is always something else demanded. The sheer energy generated by switching from task to task has an amplifying effect. Up to certain limits I actually write better with less time.

This goes back to my very beginnings as a poet. I began writing at school when I should have been doing something else. Writing was stolen time. Nor has it ever stopped being stolen time. Like reading for pleasure. Stolen time is intense. I can't write slowly, nor ever could. That stolen time needs to be snatched, the action squeezed under high pressure. The capacities I have developed are those developed under high pressure: speed, instinctive decisions, wanting even the language to be part of the squeeze of guilt, demanding the squeeze, demanding the difficulty.

The guilt itself gets squeezed into night, into dreams, into the sense that one is always behind events, never quite competent enough to deal with them. There is a hinterland between waking and rising where I must be distracted. I listen to the news. I amuse myself with a game. I can't always read then. The hunched soul has to breathe a little and expand before entering the vortex again.

I suppose the thought of Peter's death, the death of an enormously intelligent, mentally active, spiritually alert man, leads me to write this. That and the night.

In my very-American corporate world, many (most?) men at senior levels will, in the confessional hour, tell each other their secret fear: that they will found out as a frauds, that their all-obvious (to them) failures and weaknesses will be called out. It rarely, if ever, happens.

They also confess to that fear being most profound in the "hinterland", as your call it. We joke that we should call each other and share our fears. Of course, that rarely, if ever happens.

Yes, exactly, both of you. Time stolen from my employer, so must run.