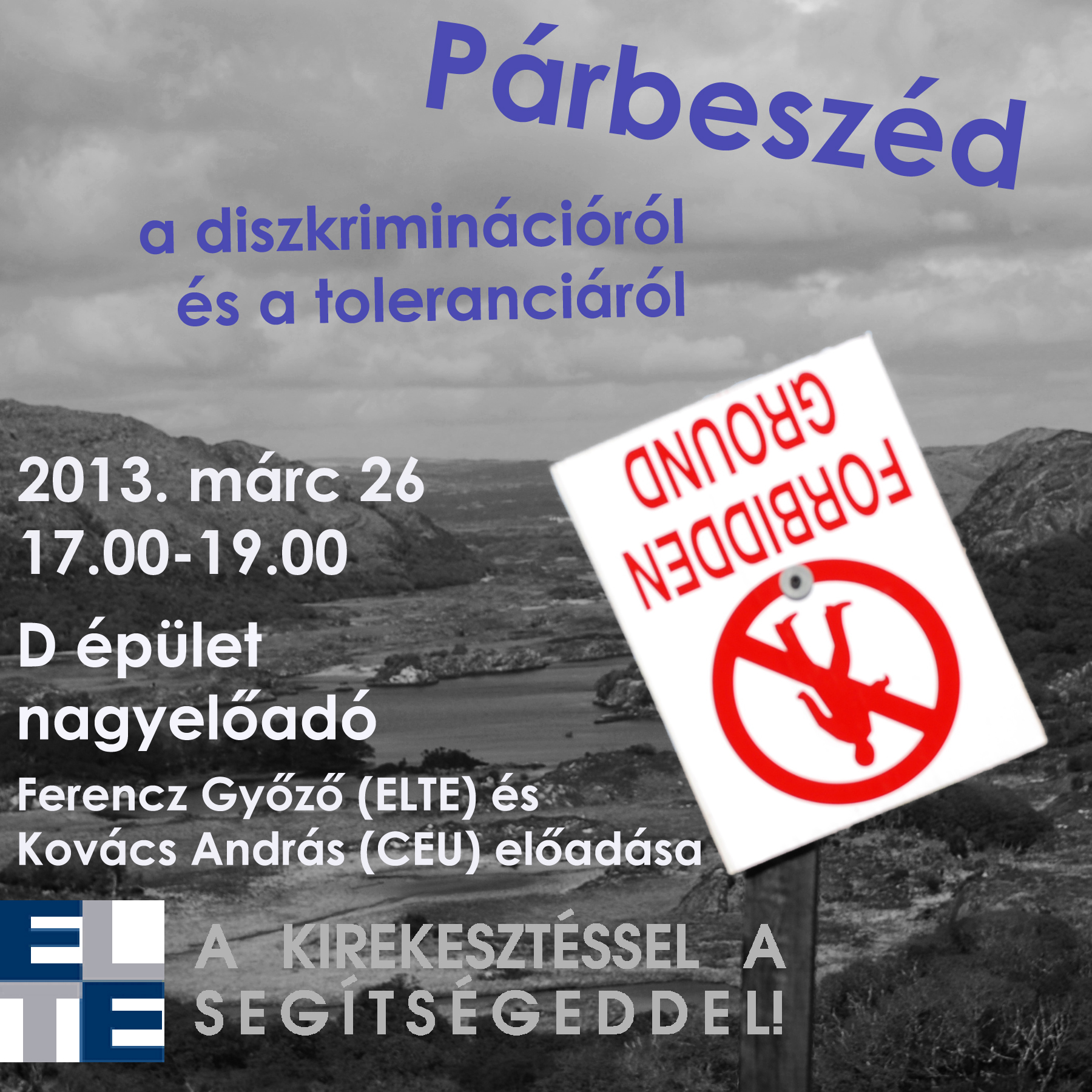 A day late with this but still well worth posting. Readers of this blog will remember the posting of notes on certain Jewish academics' doors telling them the university does not belong to Jews but to 'the Hungarian students'.

On Tuesday students and academics conducted a day of protest about it. This is the text (in English) they put out.

HELP US TO
ELIMINATE DISCRIMINATION!
Conversation about discrimination and tolerance
Tuesday, March 26, 2013, 17:00-19:00 (Main lecture theatre in Building D)
The putting up of anti-semitic stickers in the university on March 14 was an attack on the human dignity of our colleagues and our students. In connection with this an official police investigation has begun and the rector of ELTE and the dean of the Faculty of Arts have released official statements condemning discrimination. The university Senate has taken a standpoint concerning the moral position of ELTE and every student, educator and worker in the Faculty of Arts can sign this statement at the offices of the university secretaries.
The School of English and American Studies (SEAS) is holding a forum on Tuesday, March 26, 2013 at 5 o’clock until 7 o’clock in the main lecture hall of Building D (Múzeum krt 4).  As part of a series of “Tolerance Days”, the programme will consist of a discussion on the theme of discrimination through two short presentations and the conversation which follows them. It will also offer an opportunity for the student occupiers of room 047 to present the democratic forms of ordered debate and decision making which they use.

We will not tolerate discrimination and the infringement of human rights in silence!

And the debate on Facebook goes on. Here, here and elsewhere. Very pleased to see friend and leading poet Gyözö Ferencz among the speakers.

A note from Budapest: The second speaker was the sociologist Kovács András, who has just been awarded the Széchenyi Dij. There’s a video of highlights from the event here:https://vimeo.com/62829777 It’s just a shame the  dean of BTK did not consider it worth his while attending the event. More than a hundred people did though, despite the awful weather – it had been snowing all day.

But good for them all. Real Hungarian students are not fascists. Real ELTE is a home of learning not hate.