Sophie Tucker as... and Harry Langdon as...


Today has been family Christmas Part 1 with the next generation. A full day of preparation, then Christmas dinner, big, grand, the lighting of the pudding, the chocolates, the games ('Chronology'), then the young males of the species set to assembling C's new desk which comes in 2,000 separate pieces with 20,000 screws and dowels, complete with instructions that bear as much resemblance to the actual process as Mickey Mouse does to Marilyn Monroe, but they, being ingenious and energetic representatives of their gender, put it together in about 90 minutes. In the meantime, food-obsessed extrovert cat (Pearl, as played by Sophie Tucker)... 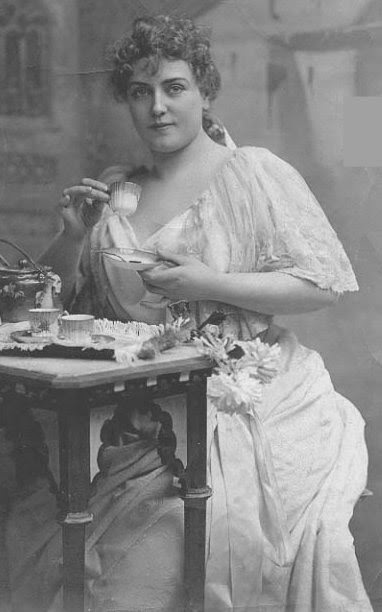 ....hangs around making darts and squeaks, and is occasionally satisfied, while paranoid, smaller cat Lily (as played by Harry Langdon)...

...hides, creeps, shudders and tries to make herself even smaller than she already is.

Then a cold supper and the departure of R and H to their new home about twenty minutes away. T stays the night. He is off to gig in Brazil in a few days, including his own birthday, which is New Year's Eve.

So now Lily creeps out and even prances about in a ginger kind of way. (Langdon gives a very good impression of Lily smiling). Tomorrow quieter. Christmas Day quieter still. Then we go visiting and become the younger generation.

My best wishes for the festive season to you and your family, and for the future.

Same sentiments to PiR who, subtely and not unnoticed by me, has done his best to educate me on the etiquette of this blog. I'm a slow learner, but I do learn. :-)

NB: My New Year's resolution. I will not comment before I read something properly. ;)

All the blessings of the season to you and yours, George.

I'd just like to say that I didn't read this properly before I commented, out of solidarity with your other commentator. Happy Christmas to you.

And to you too, Billy, Angela and mise. To a very good Christmas tomorrow, and a Happy 2010 for what follows!

Merry Christmas - and thanks for the blog.