On milieu and refuge: a sketch 5 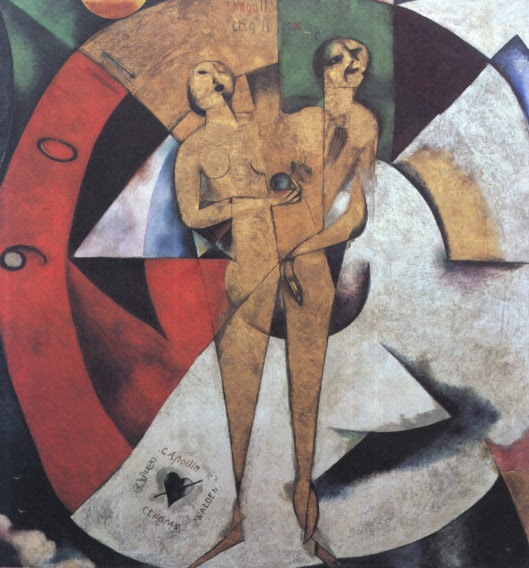 The yellow room is my theme. It is what I am curious about.

If this is autobiographical it is because I am not writing a study: I am delving into a feeling that might be shared, whether as Jewishness or in some other terms, I can't tell.

I also wonder how far the original pattern of this room is located in time and space.

I have felt the presence of this room in other authors: in Brodsky, in Sebald, in Bruno Schulz, in Krasznahorkai. The presence isn't described or referred to in these writers: it is just there as  memory, the edge of a voice. The writers need not be Jewish - I don't think there is any evidence that Sebald was, for example - but they carry a trace of the room in their imaginations. It isn't the shtick, the full blown Jewish theme: Philip Roth, to take another example is too much the thing, so is, on home soil, Howard Jacobson. They're very good, particularly Roth, but, for perfectly natural reasons, they are arguing a corner.

It might, after all, be that the room is partly the product of an urban Central European, environment, specifically Budapest in my case. But then Eva Hoffman shares the space too and she is from Cracow. Eva is Jewish but what she writes isn't necessarily about Jewishness (she has done that too) but about a consciousness that encompasses much else and doesn't lodge itself exclusively in either religious or specific historical experience. It isn't 'Jewish writing'. I love Eva's books in a way that is as much affection as aesthetics. It is the mind in the books that I love. It is the sense of being in the room.

What is it about the room? Here are seven ways of identifying it:

Firstly, perhaps, is the sense of intimacy. One comes in, sits down, eats or drinks something, works at the table or reads in the chair but one is not quite alone. The room speaks in an intimate if not wholly comprehensible way. It mutters and argues. It is full of others, some of whom are actually there, entering or leaving. Some have long gone but persist in hanging about.

Secondly, it is not brightly lit. Outside it is night or dusk. The lamp in the room is fairly narrow leaving a good deal of dark.

Thirdly, it smells of something: wood, damp, cooking, old books. You'd know it in pitch dark because of the smell.

Fourthly, you never quite leave it. Outside are streets, fields, forests, lakes. These you visit but when you open your bag or feel in your pockets, the room is there.

Fifthly, there are no conspicuously religious objects in the room. You might find a small pocket Bible in a drawer but it's not an object of veneration. There are no special candles. You don't have to put anything on your head. There are no specific prayers to say.

Sixthly, being a poor, bare, forked animal, you may go naked in it but this will never seem like a natural state to you.

Seventhly, others can see or sense it in you and will form their attachments or detachments accordingly.

Maybe that's as far as I want to go this time. Further to go.

can i add 3 comments about this room?

1. the yellowness of it is essential to its feeling of intimacy. a warmth, a familiarity, that, whatever its source, whether from the lamp, or a glow enhanced by the wooden floor or the walls, is as much a part of the room as any piece of furniture, or even, its occupant.

2. no matter how many people are in this room at any given moment, no matter how loud the voices, how impassioned the words, the room is never crowded or claustrophobic. in fact, the room always seems to accommodate the right number of people, regardless of how many or how few have congregated there. the room is welcoming.

3. the room is always the promise
of a return.

This is a very different experience from my own. My room would have heavy wooden furniture, maybe from a church, portraits of old gentlemen in round glasses (the Ancestors), a big porcelain pug dog, maybe horses as well ...

I think that's lovely, Les. We all have our views of it while knowing it to be the same room. Glad to share it with you.

I like the sound of your room too, Dennis. I recognise those elements too and have met them.