Some notes towards notes on photography: 1. Innocence 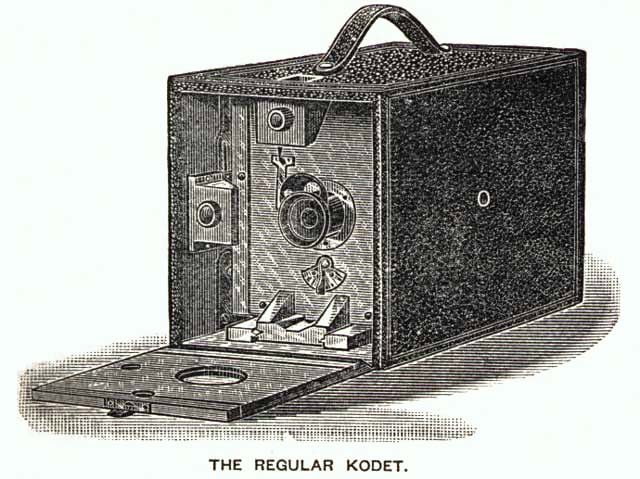 
There is one moment of innocence in photography, which is the moment that light is allowed to enter the lens to strike the sensitive surface that records its effects. But that is a crucial moment by which hangs an entire history of recorded evidence that furnishes out memory and stringently corrects it when it weakens and prefers to follow desire. Photography, in this sense, is what Philip Larkin tells us it is in ‘Lines on a Young Lady’s Photograph Album’. It is:

...as no art is
Faithful and disappointing! That records
Dull days as dull, and hold it smiles as frauds,
And will not censor blemishes
Like washing lines and Hall’s Distemper Boards

In the hands of an amateur photographer, the ‘snap’ which begins with, and seems to stop with, the shutter shutting, does indeed seem to offer a unique form of fidelity. Words, after all, can be twisted, their meaning may be ambiguous, or interpreted ambiguously, but photographs show you who is where, doing what. That is the principle. That is the notion of image-as-evidence.

No one would hold a painting to this definition of fidelity to truth. We know the artistic act to be interpretive. That is what we expect. It may be that Queen Elizabeth had red hair, and a broad class of features that had to be recorded, but we know that recording wasn’t the whole story, that it hardly ever is, so when the painter Paul Delaroche, on seeing the first Daguerrotype announced: ‘From this day, painting is dead!’ we know he was wrong, understandably wrong of course, but still wrong.

And this ability of the photograph not to interpret but to record - this moment of innocence - immediately conferred an obligation. That obligation was to maintain innocence. The innocence was sacred. To interfere with the process of recording was to break a sacred oath. It was to interfere not only with evidence, but with light and time. It was like supplanting God and the laws of the universe in turning time back and changing it by breaking the laws of light. Some things must be sacred. Some things must be free of us. Sacred are the mugshot, the passport photo, the disposition of the corpse in the room, the piecing together of CCTV evidence, the due record of time passing. ‘Why, I saw it with my own eyes!’ cries the woman talking to Groucho Marx. ‘Well, who are you going to believe?’ retorts Groucho, ‘me or your eyes?’ ‘I am a camera with its shutter open, quite passive, recording, not thinking,’ so Christopher Isherwood begins Goodbye to Berlin. The camera is the eye. The camera is the I. Best believe it.

I've always been interested and puzzled by that Delaroche comment. What did he mean? And how much is what he meant camouflaged by the huge changes in the roles painting's played since? In order of likelihood, I've:

1) Hyperbole. He said it, to say something memorable but also something that wouldn't stand too much scrutiny and something that would be repeated without having the least impact on subsequent events. (In that sense, it's political in a sense that we might recognise: very Jeremy Corbyn and very saloon bar at the same time).

2) He really did think that the whole gig was up. This was probably not a difficult thing to believe in a France still just getting used to not being the primary European power - I'm reminded of Brits now who proclaim that "we don't make anything anymore" when we're still the sixth biggest manufacturing nation in the world. What they say isn't entirely untrue, but it stresses perceptions of change and direction more than facts on the ground.

3) He was talking about the secondary world of painting - the workaday purposes of it that photography would largely eclipse: painting as a means of accurate record, for instance, or most portraiture. He may have feared the loss of all those mediocre hobbyist painters from whose ranks the real talent sprang, the army of also-rans who held the traditions and techniques of the craft sacrosanct and passed them on. If so, he would have been wrong: there are more hobby painters today, using oils and watercolours etc along traditional lines than there ever were. Today's spare-time painters are the children of Girtin and Cotman still, where today's happily-hobbyist poets (to distinguish them from writers urgently seeking breakthrough) have largely taken on board the modernist turn to free verse.

Photography's technological base can be a stilted surface from where to portray ordinary and incredible arrays of images in things, and the everyday attempt to capture deeper, frozen-for-all-time truths of the human project; refracting them back via color and black and white, frozen-in-time-capturings, that evince, in the name of Art, more questions than they answer, perhaps. Perhaps not.

The truth for the eye of our bodily camera, its seemingly endless, objective, journalistic seeing of what moment seized, snared and secured the presentation of light hitting a hard drive, disc or photographic paper; whilst, some could say, less disputable than poetry's emotive, intellectualizing core, causes still in the strings of associative mind-mappings, our heart and heads to calibrate on the level and plane less certain to intrinsic delight, great untranslatable heights frequented by a dangerous few whose CCTV certainty, stiffens in the democratizing of contemporary truth-telling minds. In the art of it all. In the collision of words and sound, proclaiming in a minor note, without fear, anger or reproach, a view from the bottom, where all is warm, restive and playful. A delightful lens, creating non-sense from the frame that suggests, Oh over the river and far away, distant drumbeats of harmonious accord are swaying in a re-animated metric form first lost, before Homer and the age of seven levels began.