The clerihew: a self-righting doll 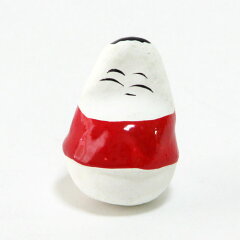 There are times when there is nothing heavier than light verse. The Victorians groaned under the weight of it. Thomas Hood could be marvellous but, just as often, laboured, a kind of melancholy proto-Charles Pooter with a rhyming dictionary and an obligation to tell jokes. Lightness is not the same as light verse.

There is, though, a realm I enjoy that is very much like play, particularly at moments of tension, when a flood of nonsense breaks down some wall and the sheer joy of invention takes over.

For a while now I have taken occasional recourse to the Clerihew, the form coined by Edmund Clerihew Bentley, aka E C Bentley, author of the Trent series of detective novels, but also practiced with great skill by Chesterton and Auden. Here is a set I wrote in an intense half hour or so this evening in a state between tension (about things to be done) and sleepiness (at the thought of them). They were a great pleasure to write, each about an artist

Claude Monet / Resisted all forms of donné. / When someone suggested he should paint the cathedral at Rheims, / he replied, 'In your dreams!'

Georges Braque / decided to pickle a shark / as a kind of tableau, / but then left it to Pablo.

Michelangelo Buonarotti / woke up feeling grotty / having painted an enormous fresco / for Tesco.

Fra Filippo Lippi / was kinda dippy / but succeeded in laying tons / of nuns.

William Blake / worshipped Veronica Lake / but secretly thought The Blue Dahlia / something of a failure.

Dante Gabriel Rosetti / was never mean or petty, / though he would occasionally fiddle / with Lizzie Siddall.

Jacques-Louis David / refused to read / Karl Marx. / 'Too many sharks'.

Jack B Yeats / told all his mates / to ignore his brother Willie. / 'Those bloody fairies are just too fecking silly.'

Antonio Canaletto / could sing falsetto / but once he was off his face / he growled in bass.

The complex part is to do with timing, the requirement being that the lines should be of irregular length, as long or as short as sounds best for bathos. Bathos is, I suppose at the heart of it, but the route to bathos is itself complex. There isn't a single route like a magic formula of course, but it's possible to say something about it in general.

Given that the first line is the name of the subject, the second is there to suggest that the biography is unlikely to be true. Sometimes it refers to an invented character trait, sometimes to an invented minor incident. The first two lines together then form a kind of statement likely to open the door to the ludicrous. Once having lurched into the ludicrous the third and fourth lines might well follow a logic proceeding from the second line, or instead, return to something the reader might well consider genuine in some way.

The clerihew is not a form of satire. The very form of it suggests otherwise. Satire springs from a position of rightness and has behind it the notion of something stern with which to chastise the object. 'Satire or sense, alas! can Sporus feel / Who breaks a butterfly upon a wheel' writes Pope in strict heroic metre and perfect rhyme.

The structure of the clerihew is a ramble, a lurch, an avoided pratfall: its lightness consists of a seeming inadvertency. It has no attitude. It is like one of those self-righting dolls that represent a character that is never heroic, a passive victim you can tip over with your finger, but who then swings back and rights itself. It has neither arms nor legs for balance. It is a form of helplessness. Svejk is the perfect psychological example. He is ludicrous yet survives.

You can't write a clerihew by following complex guidelines of course. The lines have to feel, and actually be, improvised. They right themselves by something within, a kind of comic grace.

And that is a relief. Comedy isn't a serious business because one labours over it: it is serious because we need it, sometimes quite urgently, the laughter bubbling from lips that might well have been clenched.

Thanks for this, George. I think that I had a kind of grasp on the form, but your succinct summary has helped. I find that the writing of clerihews is a kind of release valve and occasionally, therefore, they don't succeed. Humour is not always a laughing matter.