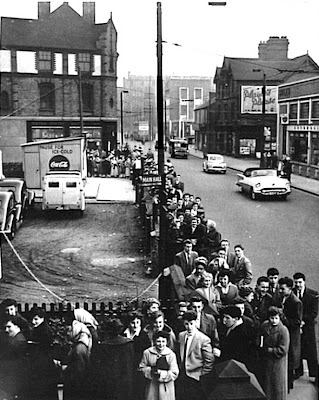 And so they went out to vote about 10am and saw a busy line of elderly men and women, more of them than usual, queueing in semi-orderly fashion, and one very old man in front of them had forgotten his registration card but remembered his personal number and bellowed it, full force, in a quivering, shaking, shrill voice, like something unexpectedly loud from the bottom of a well, at the bemused and startled clerk. All the young must be out working, they thought, but they'll get there before 10pm and have a party, drinking cans and nipping in to cast their votes...

...and there were present
the Picninnies,
and the Joblillies,
and the Garyulies,
and the great Panjandrum himself,
with the little round button at top;
and they all fell to playing the game of catch-as-catch-can,
till the gunpowder ran out at the heels of their boots...

In about two hours down to London for the PBS board at the new HQ, only just moved into. Meanwhile, back to work. And possibly to shave. I fancied the thought of going to vote unshaven and a little disreputable, just to show the slobs of the world care.

The great Panjandrum is ineligible to vote, being a member of the Lords. I'm surprised he doesn't know this.

Sadly, it looks as if the Tories may get in. Not that Brown & Co thrill me, but I think that Labour is still the sanest choice. There's a poll over on the POF forum (if casting one vote isn't enough for you).

That little round button on the top instantly turns him into a commoner, witwoud. Just press it and see!

Mark, I do suspect you are right. We shall become the Cameroons, with the exception of Wayne Rooney, who'll become a Camerooney (with a little round button on top).