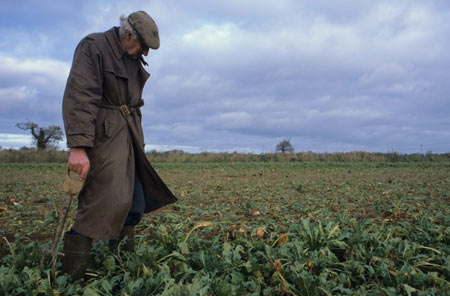 Tonight I am at Diss Corn Hall talking with the photographer Justin Partyka while his exhibition is on there. I wrote some catalogue notes for JP's exhibition at the Sainsbury Centre for Visual Art, mostly poetic marginalia in prose. I'll end this post with a couple of paragraphs from it.

I think one of our themes is likely to be the tension between documentary and vision, between reportage and art, or, if you like between the object and its interpretation. It was the history painter Paul Delaroche who, on first seeing a Daguerrotype, is supposed to have exclaimed: From today painting is dead!

The validity, authority and power of photography as evidence is well attested, but the nature of that evidence is far from clear, especially in the age of digital photography when the authority might well have disappeared, or go on to disappear, altogether. The evidential moment in film photography when the light simply passed through the lens and hit the sensitized surface may perhaps be considered as a given, but little before or after it was. In JP's case the tension between recording / memorialising a phenomenon - the lives of the poor small farmers of Norfolk - and articulating an agrarian vision or, as he puts it, 'telling a story' that is as much his story as the story of the farmers is particularly high. The melancholy of the photographs is undeniably picturesque in so far as we are as aware of them as composed pictures as of them as windows through which we see people going about their business.

Where does the picturesque stop? What is the ballast of documentary, evidential moments that a photograph needs to carry. How do we move from moment to some 'eternal, timeless truth'?

We'll explore a little of that.

2.
To frame is to exclude. Outside of the frame there is only nakedness. Within the frame is the changing room, what Sir Walter Raleigh called in his poem ‘the tiring house’ where, he tells us, ‘we are dressed for this short comedy’. Tiring – attiring. The world is being dressed into meaning which may not be as permanent as a heaven but has a sense of permanence, a temporary-permanence if you like. So we frame and dress the world into meaning.

Whose meaning? you ask. Well, that depends on who is doing the asking.

3.
Watch this light on that wall. See how it turns itself into association, into wall that is more than wall, into a kind of wall-thesaurus, such as wall, red, liver, carmine, blood, rose, kiss, blossom, loss, the terrible ache of a red that wants out, that wants to be elsewhere, like a song sinking back into the world that produced it… dot dot dot…the image as an almost endless sequence of blind fields through which we feel our way. Here is a watering can, here a hen. Can sings to hen, hen sings back. They are singing in close harmony: they rhyme. Above them towers an ominous-looking concrete table. Who says it is ominous? Not the can. Not the hen. No, but the ominousness is an aspect of its necessity. Look. See? It’s ominous.

Two out of eight such passages. The photograph referred to in the text is not the photograph you see at the top of this post. You'll have to imagine the hen, the can and the ominousness.

It is so. I was just watching the Tour de France riders riding into Bordeaux through the endless fields and there glimpsed in the corner was an 'ominous' concrete construction, it was ominous (for me) because I didn't know what it was, perhaps it was part of an atomic power station, perhaps it was merely a grain store and therefore not ominous. It was the light falling on the smooth concrete, it was the dry stubble, it was the fluffy cloudlets in the sky, it was somehow ominous. And the skill in photography these days is I think is as it always was, it is in being aware of the potential in the scene and capturing the adjectives if you like.