From Eliot to Daumier and back 3 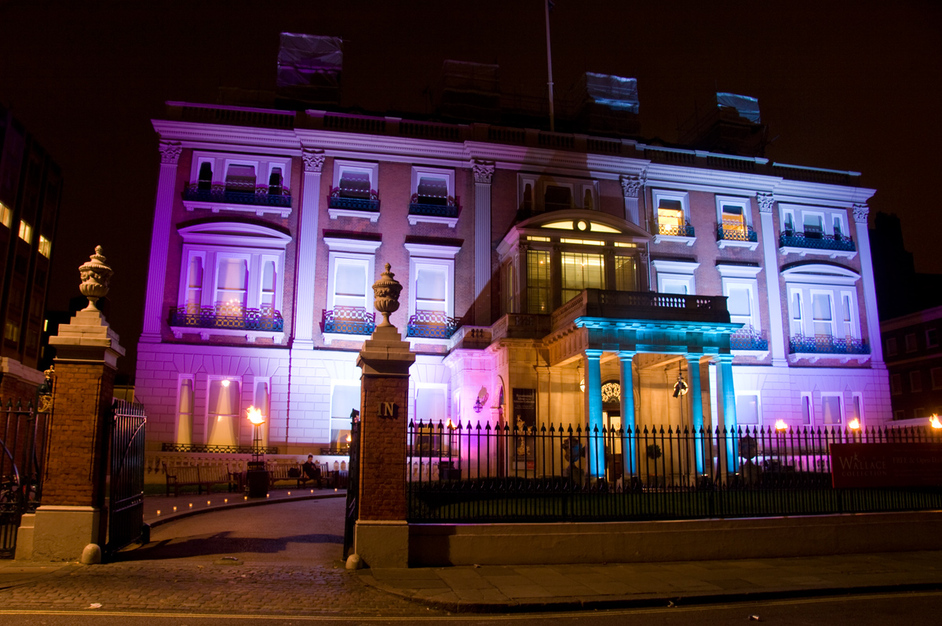 I had slept badly the previous night so, after Daumier, I felt quite exhausted. We had lunch at the RA, small but beautifully-cooked helpings, and Helen came to join us. From there we walked over to the National Gallery where I collapsed in the cafe while Helen and Clarissa went to visit the Italian Early Renaissance. I didn't exactly go to sleep but dozed until woken by a man who asked if I was George Szirtes. He had been at the reading last night and he sat down and we started talking. His name was Chris Beckett, a poet himself. It turned out we had mutual friends in Moniza Alvi, Helen Ivory and Martin Figura. We had a good chat and that woke me up. Then Helen and Clarissa returned and, after some cakes and drinks, we caught the bus to Bond Street and walked up towards the Wallace Collection for the prize giving.

There is a pub just before Manchester Square where we have occasionally stopped in the past and we did so again. Soon enough there were others we knew or recognised, some joined us some had friends of their own. I had to go over early at 6pm with the other poets. We had just missed a downpour, complete with thunder and hailstones,. The pavement was wet but it had stopped raining.

There is a moment of uncertainty when you reach the gates because they are still locked at that time and it depends on the presence of the doorman whether you have to hang about outside or not. This was fine. He came quickly and let me in. Other poets were already there, some smartly dressed for the occasion, I in the same clothes as I had worn the night before.

Our photographs are taken as we pass through into the covered hall which is empty at first but soon fills up with poets and friends of poets.

Some people say that poets are waspish company. I haven't ever found that to be so - perhaps people are less waspish with me, but I doubt it. We drift through the crowded hall and recognise each other, stop for brief conversations and are swept on by others to more brief conversations. Inevitably, by the end, there is a good number of people we should have said hello to but now there is only time to say goodbye.

And who are these people? Who are we?

I am going to generalise now.

Few of us live by poetry alone. Being poets means we are temperamentally thin-skinned and alert to all kinds of nuance but are rarely aloof, haughty or cold if only because our economic condition is unlikely to impress anyone, and, because, outside the world of poetry itself, we enjoy no particular status.  Our neuroses, our obsessions, our slight touches of madness, are socialised and under control. Most of us are not noticeably vain or of such delicate sensibility as to be floored by a stray remark. Mostly we are other people. Mostly we are anyone. There are poets hiding inside many people besides us. We do not own the realm of the poetic. Who knows where the next poet is hiding?

Are we jealous of each other's status? Not as much as people might think. Most of us understand the brittle nature of the world that awards us whatever small status we might enjoy. I know no self-satisfied poets if only because no poet can afford self-satisfaction. The poetry would dry up. There is instead a kind of anxiety and thrumming energy as well as pleasure in production which is rather life-enhancing. The room is, in efffect full of various flickering lights of various colours and intensities.

I wrote earlier of how I enter these situations with zero-hope. That may be because I still can't quite believe I am one of these 'poet' creatures. Surely I am a foreigner who hasn't even been to university. I have a constant background apprehension that, one day, I will be unmasked as an impostor who has bummed his way in. So you go on like that till your life is over.

I once told a German Literature professor here in Basel that I was worried whether anyone would come to a course I was going to teach the following term. He said he always felt the same way: nobody would be interested in what he was teaching. He was two or three years short of retirement, and some of the courses he taught were more or less required for German Lit students, but he still thought nobody would come!

George, it was a wonderful couple of events - and it was great to see you if only for one of those 'bye instead of hi' greetings! The book is brilliant.

Old poets never die they simply fade away, and when I am old I may accept the offer of the joycean society and climb those rickety stairs in Zurich to read finnegans wake with old scholars dozing gently in the background and perhaps a glass of ruby port at my elbow, we have miles to go George, miles to go , but meanwhile I hope you will blog on relentlessly and keep us all entertained, educated and amused and informed. Salute!

It was a great occasion and many thanks for the encouragement, both as to the book and the blog. Gwilym, I am determined to keep the blog going on as daily a basis as I can make it. Katy - such a pleasure to see you! And thank you! Andrew - it will ever be like that.