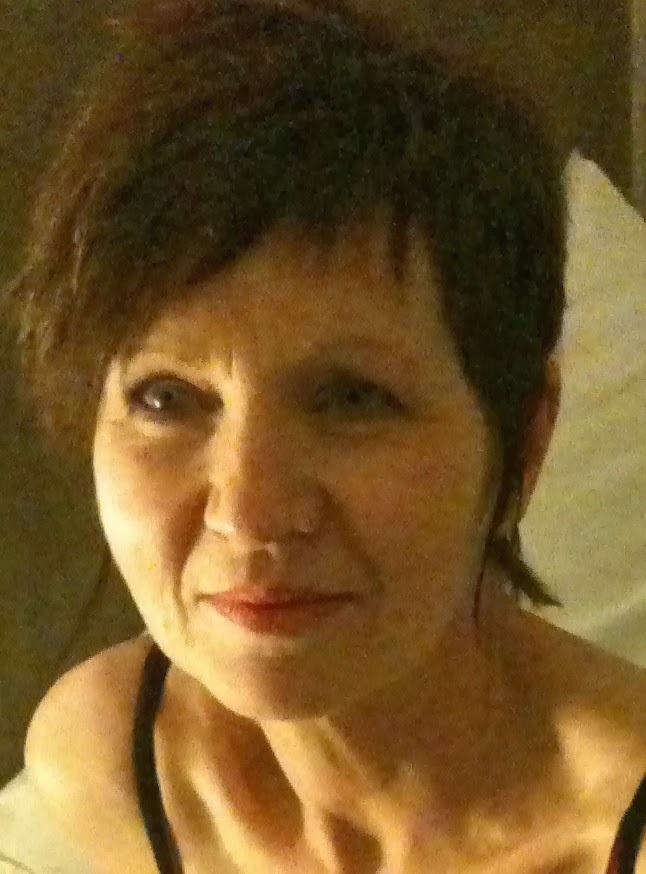 In the Hotel Room
for Clarissa

In the hotel room, in the dim lamplight, in her black slip,
she turned her head this way and that in the soft glow.
It was all too fragile: the darkness, the faint curve of her lip,
the slant cut of her hair, since nobody could know
just when the hard light of the corridor might burst
into that tenderest space and prove the space illusion.

Whether it was his hand or the bedside light that came first
to define what she felt like, such moments of vision
were rare, with most blossoming suddenly out of  so little.

It is hard being in darkness and light all at once,
to be sheltered yet vulnerable, now solid now brittle,
to be subject of both self-construction and chance.

Everything remains in its stillness while also in flight.
Love and the skin. Love and the nerves. Love, time, and night.

It is a birthday she shares with our next door neighbour who, at ninety-three, is now in a care home. A little party of tea and cakes has been planned with three other neighbour friends.

Clarissa and I drive over to fetch her. She is in the big sitting room which is full of sleepy old people. She herself is somewhat withdrawn, huddled into herself, dozy, unsteady and confused but agrees, hesitantly, to come with us.

In the car she expresses a new fear of being driven. Within a mile of the tea-place she decides she wants to go back, that it's too much for her, but then agrees to go as far as the tea-place and then to return. The friends are already there with cards and presents, but she won't go in so they come out and present her with their gifts.

Back at the home she feels frail at first but there is an empty room with armchairs and a drinks machine. We sit down and start talking She grows brighter and brighter. The conversation engages her: it is joky, full of observations, news, memories and has nothing particularly to do with her. It is a normal conversation, just a little louder. We are back in the normal world and she is almost as we remember her before she went in. We think we must go more often.

Then we drive home in a torrent of rain. The meal isn't till later.


It's good to be alive. It doesn't last for ever. So we celebrate and dress up and are glad we are born and that those we love have been born.

So much emotion here, all the soft shadows emphasised, overlit by joy.

Thanks for this, George. I'm so happy that your elderly neighbour has celebrated another birthday - there was a time when you thought she might not, as I remember.

Many happy returns to Clarissa as well!

Thank you, Rachel. Jeni - yes, she has recovered in some ways though not in others. She couldn't live at home by herself now because of the potential dangers of gas left on, doors left open. We argued for a while that she'd be OK because we were here as our our next door neighbours, but her own family was against it. They are a long way away and would worry, and now, I think, rightfully so.

I think she has moved, in her own mind, into some ante-room of death. She has always been a great independent intelligent realist. That is a decision she can make for herself. But when we go to see her - I think she loves Clarissa and is fond of me - after a few minutes we get into a very close-to-normal conversation because, for that time, she is suddenly interested in life again and that is cheering.

But you have to respect and admire her. She is her own person and wants to retain as much control as she can of her life.

Your neighbour sounds very much like my friend Vicky - another old lady who has recently decided to fold her wings and stop trying to fly through the storm. We still see her occasionally, but it is sad to watch as she closes down her life.

As with your neighbour, we respect and admire her - it is her life, and if she has made a decision, we must help her to carry it through. As you are.