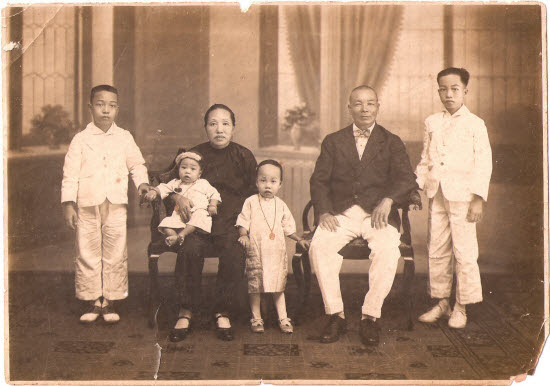 PROVOCATION 7: Bernice Chauly
THE FOURTH DAY brought us Bernice Chauly’s provocation which was very strongly focused on the current situation in Malaysia, a situation in which Chinese, Indian, and other ethnicities of the population are being effectively disenfranchised.

Muslim Malay identity, Bernice explained, is the only one permitted on official papers. That monocultural identity comes with perks whereas the other more complex identities entail penalties.  But even Malay Muslim identity is a historical complex, she argued, a false and artificial construction. That construction was a political act obliging everyone, but especially the disenfranchised, to forget their own past. The disenfranchied have therefore to rely ever more on personal memories and the nostalgia that is a necessary aspect of it.

Bernice said she wrote her book, Growing up with Ghosts to preserve the individual identities of her family before they were rubbed away.  [Ghosts may be a metaphor in this respect, I think, but they are a so far unmentioned aspect of nostalgia too.] Her book was in six voices because she wanted to have each member of her family speak for himself or herself through letters and diaries. She had used her personal archive as a source of direct quotation. Her publishers felt it would be better to have a single narrator but she insisted on all six.

She told us how her father would sing her to sleep and wake and how this too was a part of her identity.  Her book was a way of dealing with her own anger and grief at the loss of such history. She showed us family photographs as she read. Malaysia, she said, was 'a land I love and hate'. Her natural audience, she said, were themselves Malaysians.

It was a vivid example of how an official and oppressive nostalgia for a false state of affairs is bound to produce a nostalgia of opposition as a reaction. Like Kerry, Bernice wanted to give voices to the forgotten. (Bernice Chauly can be seen here talking about her book on YouTube.

But what exactly was the nostalgia for, someone asked. It turned out that it was, in some respects, for British rule, or simply for a time before the current administration; for a time of greater tolerance and liberalism. The songs her father sang, said Bernice, were English nursery rhymes. There was, she added, a good casefor regarding Anthony Burgess as the greatest Malaysian writer.

One thought that colonialism might well feel more secure but only because it was a jail and jail generally made prisoners feel more secure. Another speaker wondered whether nostalgia was regret for a loss of privilege though she admitted that it might be different for people who lived under direct political pressure. From another we heard of the Indian tea producer who lamented the departure of the British simply because business was better for him under British rule: better for him but not at all better for his employees.

In other words regret for the past depends on what position you occupied before it became the past. Bernice said she felt nostalgic for any time before the current administration. 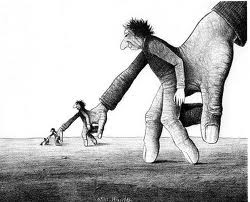 Roma, one remarked, don’t talk about the past and even burn the caravans of the dead. Death is not to be talked about, not even the Roma Holocaust. Roma don’t write things down because writing ‘fixes’ events too firmly and time has to move on.

But was there an identity issue at all? One thought that identity was a modern, global problem that was associated with notions of the 'self', an idea that had not existed in the East.

It is interesting to compare Bernice's Malaysia (she lives there) with Kerry's Jamaica (she returns there after many years) and Akhil's India (which he sees from New York.) There are clearly large universal patterns such as colonialism and the longing for an age before or after it. but also a number of local factors involving political suppression, local history and absence.

It was becoming ever clearer that our judgment of nostalgia depended on degrees of power: if you once had power over others and lost it nostalgia might be regarded as a culpable form of yearning for an imagined 'idyllic' past, but, if you were among those who lived under another power, nostalgia might be a way of recovering that which the power was wishing to suppress.

And then again, nostalgia might be something else altogether, a realm of the imagination in which the sense of loss invented worlds that echoed and expanded the world before us and helped us to understand the possibilities of feeling.


Bernice was clearly speaking to us in the heat of action. Her provocation was intended to bring to notice what was going on and what it felt like. The past can be a defence against the present.

In the last provocation Xiaolu Guo took us somewhere altogether different, beyond nostalgia altogether in some respects. Her provocation forms the penultimate post in this series.