Writing for music: towards The Proportions of the Temple 1 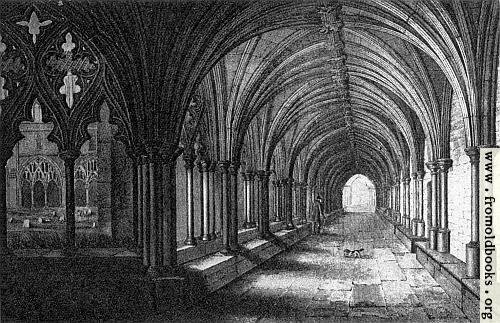 1.
A little background. I have spent some thirty-six years working with composers, generally writing libretti for either musical or opera, nothing grand, just school productions mostly. It started with The Bee Boy of Selborne (based on Gilbert White), moved through Cauchemar, both with music by Teresa Hyde, Wenceslas with music by Margaret Riches, and Hameln composed by Paul Rooke, then, after moving schools, to Back Street (based on Bash Street), The Dog's Dinner (based on the Mother Hubbard rhyme), The Mouse and His Child, based on Russell Hoban, and At the Court of Queen Biglips and King Pimple (a mixture of bloody fable and a kind of punk), all with music by Tony Parry. In between there were the operas, The Fairy Feller's Masterstroke (based on Richard Dadd's painting, music by Paul Rooke) and The Rocking Horse Winner (based on the D H Lawrence short story) and Air Kissing with the composer Jane Wells. Then there was Shuck Tale, Tiffey Song and Tom Hickathrift all with music by Ken Crandell, and maybe a few others, not to mention the individual songs. There were also some plays. I think I wrote one thing a year for several years, often producing them. Neither of the two operas was ever produced, though the Dadd piece was scored through. The Rocking Horse Winner was given to a composer who didn't turn up with anything after six years. Air Kissing was intended for choir and saxophones and was great but something went wrong in the collaboration between the writer and the performers - I never found out what - so though that was finished and composed through, it has never had a performance. Bad story. But the words might have been the problem.

2.
In writing all the texts above the composer asked for a story line and words and I obliged. I wrote it all then handed over. They then set it or changed it a little, but the process was text to music to performance. Like most poets I tended to overwrite at times, the words of the songs sometimes cabaret, sometimes Audenesque. This made for some glorious set pieces. The Fairy Feller was probably too ambitious a text. I still think The Rocking Horse Winner would have been dead right. In some respects The Dog's Dinner was the purest delight of the lot, because it was necessarily episodic, so the slightly music hall lyrics were a very good fit. There was real pleasure in them all.

But writing for music is not like writing poetry. Poetry is its own music and form. It is complete in itself and does not need music. Music can be a very nice addition but it can also be intrusive and overwhelming. Music and poetry contest the available space and music generally wins. There are different kinds of poetry of course. Some have an ear tuned in to particular music: I think of ballads and the apparently weightless love lyric which is all intimation, breath and simple imagery. Music is generally not keen on ideas: it wants drama, voice and mood. It can do its own thinking. Writing for music means the spoken rhythm is usually altered to fit the spaces of the time signature. Lines or phrases might be repeated, or cut, or turned around. No wonder that most of the great operas and some of the lieder prefer second rate open text to dense first rate text. With the musicals and set songs I found I could write to line length, rhyme and specific rhythm and the music would generally follow and amplify, but the more serious the music was the less the measurements of the poem mattered. There was always the possibility of some variation on recitative and air or chorus, but there was no way of determining the music by it. Poets love words and want to write them. Words are secondary to most modern composers. They take what they need.

3.
But that is no different from the way poets refer to works of visual art. The art simply opens a door and they walk in setting out their words in whatever space opens up. The poem doesn't refer to everything in an image. Ekphrasis be blowed. We just want a thought starting, a line to form, and we are away. There is no reason to expect music to behave differently. After all the result of a poem about a piece of visual art is a poem. The result of music based on certain words is music.

That doesn't, of course, mean that the work of visual art is incidental. Certainly not. The poem wouldn't have existed without it. It would not have been born. Similarly with music and words. The words are not incidental.

There remains the realm of popular song: Gilbert and Sullivan, Brecht and Weill, Rogers and Hart, Gershwin and Gershwin. These are roughly fifty-fifty jobs, though Gilbert probably outweighs Sullivan. Not sure about Brecht and Weill, or Auden and Britten. All these are pitched in the field of more or less popular music. Not to mention the countless singer-songwriters who work out their own balance with Leonard Cohen, Bob Dylan and Joni Mitchell, say, weighing to different degrees on the words side. That boy in The Arctic Monkeys could write a good literate lyric without sounding arty about it. But the music still weighs heavier, as it generally does, and must. Because it is music, after all.

Yes, but this seems to argue that music involving words is concerned with two distinct, almost detachable parts. And that is not the case either, not for the listener.

We would all, I think, like to hear more about the particularity of the experience of working with Jon Baker and the Voice Project.

Also, I was struck by the thought that their work (now 7 years in the making?) has all the features that a national arts council would be designed to trigger (and would wish to claim) yet the Voice Project has not ever depended on Arts Council England. It makes ACE seem somehow irrelevant to the enabling of the creative arts in England.............at least at the levels of serious integration of diverse aesthetic forms that all collectively achieved on Saturday evening with your work and theirs, George.