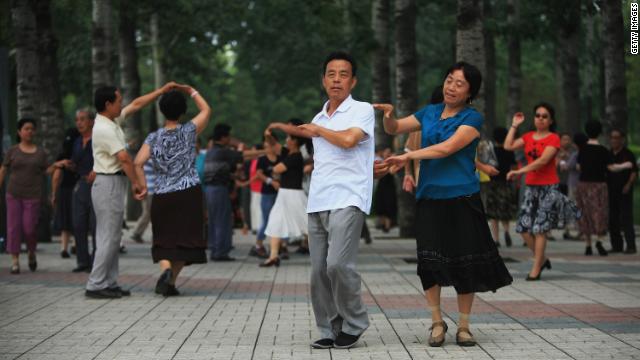 It is rare for me to actually throw up so it was interesting doing so last night. It's just a bug that comes with a mild temperature, feeling chill, and somnolence. No big deal. Out tonight to deliver talk to Peripatetics on Hungary, planned in less than sharpest fashion because of said somnolence. There will be at least two people there who are familiar with the territory.

I don't write much about feeling under the weather because I don't generally and because I know people with serious afflictions.

But we have just shifted gear into winter with the changing of the clock, something of a magic ritual. Time winds into itself by human command. Doing this twice a year seems an easy trick.

Winter, the season of sleep, the city of frost. I will arise and go now. Here's a poem, a memory of China from December last year.


The Dancers in People’s Park


In my dream I saw the dancers of China
shifting through the dusk of People's Park,
the healthy park where dancing is exercise,
and it moved me to tears in the oncoming dark
to see the dancers in the gathering dark
where bats flew and the cricket creaked
where plane trees peeled and moonlight leaked
and the people, the elderly, especially the elderly,
went dancing in the park.

I listened to the voices, followed their courtesies,
knew to listen out for each scholarly remark,
remarks that were substantial, deeper than a well
that reaches down for ever into everything that's dark.
And I heard the voices crying in the dark
where dancers turned to zombies, or floated like ghosts
drifting round  in circles like the tables of my hosts
and the dancers grew fainter, like a dream of dancing,
of people dancing in the dark.