Competitions and poets’ alchemy:
a unique opportunity to be your secret self 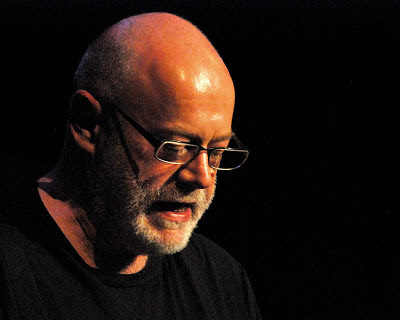 Today - meaning Wednesday! - is the last day for entries to this year’s National Poetry Competition. Ian Duhig, who has both won and judged the competition, ponders what competitions are really for.

On the general question of entering a poetry competition, I always thought if it was a good enough idea for Beckett then it would be good enough for me too. Not winning puts you in the company of thousands of good poets, including those who perhaps could or should have taken the laurels.
Winning competitions isn’t going to guarantee you will be taken seriously as a poet; but what is true is that an anonymous poem, judged on its own merits by a judge or judges, can have a fairer chance of getting any attention it deserves than simply by landing on the desk of some busy editor.
It is also an impersonal, unembarrassing way to get your work before an informed reader, like showing off our dancing at a masked ball. Very often, a poem that doesn’t actually win can catch the eye of the judge, who then follows that writer’s career and draws other people’s attention to her in the future. This was certainly the case with me when I discovered Rhian Gallagher’s poem ‘Embrace’ among the National Poetry Competition entrants.
What I have learned as a competition judge includes something wonderful: how competitions give people the chance to put their best foot forward, to express what is most important to them in the best way they can, becoming unique celebrations of art in life, from poetry’s power to offer the ‘sad and angry consolation’. Geoffrey Hill attributes to this, in his ‘The Triumph of Love’, a way to make room for the kind of laughter Aristotle valued as a vehicle of social correction, a kind of charivari.
Competitions can simply be the opportunity to get something off your chest, like a curse or the prayers left at the shrine in Sandra Cisneros’ ‘Little Miracles, Kept Promises’ but worked with the poet’s alchemy. Tony Harrison’s ‘Timer’ is a shining example of grief forging itself into a winning gold ring.
Finally there can, of course, be no real competition between poems, which do such different things, to such different criteria, that any judge’s views may be irrelevant to their success.
Yet competitions offer a venue for our engagement with parts of us that may not normally be exercised in other parts of our lives - as John Riley wrote, ‘the song accomplishes the singer’. They are opportunities for accomplishment, and to accomplish ourselves.

**Ian Duhig worked with homeless people before winning the National Poetry Competition gave him the opportinity to work as a freelance writer, which he has done since. He subsequently won the National Poetry Competition again, the Forward Best Poem Prize and been shortlisted three times for the T.S. Eliot Prize. The most recent of his six books is 'Pandorama' (Picador 2010). Duhig has also received a Cholmondeley Award and is a Fellow of the Royal Society of Literature.