The Englishness of English Poetry 1 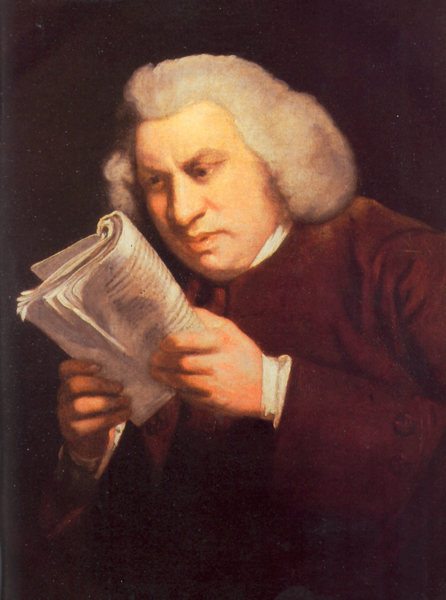 
This will be the first of a set of intermittent posts on a particular subject I am determined to think about, and, if possible to make some sense of. I think I'll have to begin on an uncertain autobiographical note then see where it leads.

At a certain - or uncertain - point in my early poetic career - is 'career' the word? do poets have careers? - well, let's say career anyway, I came to the realisation, or what I thought was a realisation (you can see how uncertain this is), that the reason my poems often sounded wrong was because the English language wanted to say 'English' things and I was trying to write like a translation of something else, possibly French.

This was not an easy realisation because it meant I had to change.

From 'realisation' to resolution is a short but heavy step, so I set out, in rather a conscious way, to write in English as it was written and mostly heard, that is to say in a kind of classless (or what I took to be classless) standard English. That is, as such a thing might have looked in about 1974.

In truth, I doubt whether it was quite standard English or standard anything, but there was enough of 'English' in it to push it through some barrier. It was perhaps a belated attempt at socialisation, a moving out of myself, whatever that was, into something in which language rather than self, was to be the main actor. In any case, it made a lot of difference. It was from that point on the poems began to appear in magazines and, eventually, books.

There has been a great deal written about the nature of Englishness, mostly since Britain started to break up, and I don't want to go over that ground again. Enough to say that, to me, the term 'English' implied a certain kind of relationship between the sensible world and the words that conjured or referred to it. This was not the logical conclusion of a painstaking investigation: it was an apprehension.

What I want really to think about now is what it was I thought I was hearing, how and where it was embodied, how far it was simply a product of its time, and how far it was imaginable as 'English'. I don't suppose I would have thought about it at all if I had been born English. It would have been the air I breathed, and chances are it would have been more specific, more localised, less standard. But I was without locality, without class. I had partly to imagine the air.

Nikolaus Pevsner's The Englishness of English Art was first given as a set of Reith Lectures in 1955. It was expanded and annotated for publication by the Architectural Press in 1956, and appeared in the Peregrine edition I have in 1964. Pevsner's chapter divisions, apart from introductions and conclusions, are as follows:

1. Hogarth and Observed Life
2. Reynolds and Detachment
3. Perpendicular England
4. Blake and the Flaming Line
5. Constable and the Pursuit of Nature
6. Picturesque England

I don't necessarily assume that Pevsner had got English art tabbed, but there is something in the above list, even if it isn't enough. Maybe it will help me a little with the poetry too. No doubt, I shall find out.

George, I think it's a great idea using Pevsner's list: Blake and the flaming line in particular takes on a different meaning in its new application!

In your first section I wish you'd give us examples - like, what was this language that read as if translated from the French? Classless how? Maybe too autobiographical, but it would help. I'm struck by your remark about the connection between the "relationship" of the "sensible world" to the words that "conjured or referred to" it. I've put the quotation marks around the key words above that I recognise as having given me difficulty, maybe up to my mid-twenties. Or would have, if I'd thought of them. I wasn't English, either, though of course writing IN English - but a strangely bastardised, post-Beat, Pound-drunk American English, transplanted to post-punk London. And I was almost consciously using words as a way of escaping the experienced world, not conjuring it!

I wonder if the first English characteristic then is this insistence on what we can call something like the quotidian tether.

And a certain exactness, or at least an attempt at it: nothing overblown.

Thanks for this - thoughtful and thought-provoking as usual, and I will follow your ideas on this with interest.

Thank you for the thoughts, Ms Baroque. I'll try to pick them up as I go along.

In the meanwhile, the 'French' issue is simply that as a seventeen and eighteen year old, and even as a first year degree student, I had been reading a lot of French poetry (Rimbaud, Baudelaire, the surrealists like Jacob and Desnos) in English translation. They were important to me, almost a first contact with the power of poetry. I'll explore this further, though not much, as my chief interest in these posts will be the question of what is English about English poetry, or is perceived as such.

The other point is that I was born into Hungarian, spoke nothing but Hungarian for the first eight years of my life, and, even after England, continued living with Hungarian parents with Hungarian mindsets, who, on principle, spoke broken English to us.

Experience is a baggy word - I mean one experiences one's imagination, one's mind, as much as what seems actually to happen in the outside world.

By 'sensible' world I mean the world as perceived by the senses. Also in the background is the action of Dr Johnson's refutation of Bishop Berkeley, when the good doctor kicked a stone to cause himself pain, thus asserting the material over the immaterial.

But more to this later. I am glad you ask for clarification. It's good for me.

And of course anyone else is welcome to question or make a point if they have a mind to.

It's the nice thing about blogs. It is thinking in semi-public in the company of those have ideas of their own. A discussion.

Silent Words Across A Screen.
How Could They Mean So Much To Me.
I Promised Myself I Would Not Cry.
Then A Silent Tear Falls From My Eye.

What Did I Do, What Did I Say,
To Make You Change Your Mind, The Day You Went Away.
Everyday, Waiting For A Sign
To Let Me Know, You Might Still Want To Be Mind.

Andother Day Comes And Goes,
I Want To Write, But I Can't, I Know.
You Said You Needed Me More Than I Needed You,
Why Would You Say That, If You Knew It Wasn't True?