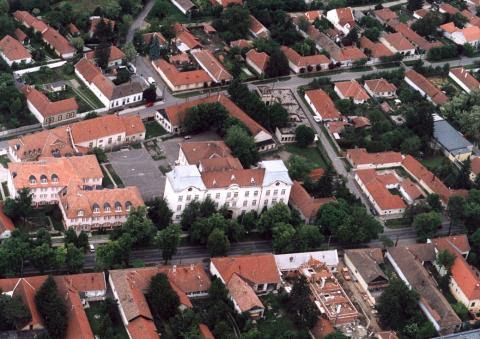 
I don't know what to make of this story but, if true, it seems rather sinister. It comes from a private blog and while the language is not altogether confident the sorry state of affairs today is that I find it perfectly believable.

It begins with a description of an elderly woman:


A woman in her early 70’s, a survivor of the Holocaust, has mysteriously disappeared from a small Hungarian town, close to the Romanian border.

Mrs Margit Abonyi Papp has lived in Békés for most of her life. She was one and a half years old when she and her mother were deported to a slave labour camp in Austria.

Then it tells what seems to have happened to her.

A few weeks ago, while sitting in the local doctor’s surgery, a young thug associated with Jobbik – the neo-Nazi political party now flexing its muscles all over Hungary – verbally assaulted her.

The teenage fascist asked why she was not wearing her Yellow Star. Then he continued to rant at her, saying she should “Move to Auschwitz or Israel”

The young bully taunted Mrs Papp with the fact that a Hungarian MP, from Jobbik, has recently raised in Parliament the need to list all Jews as a national security threat.

Until now, Mrs Papp had run the town’s second-hand bookshop. Her family was well known in Bekes. Her father, pre-war, had been a prominent lawyer, but he died in a forced labour battalion.

The story goes on:

A mayor associated with the right-wing Fidesz party leads Békés’ local council. The Deputy Mayor is from the neo-Nazi Jobbik party.

These two are backed up by a council prepared to look the other way as a criminal political gang rampages through this town of around 20,000 people...

Soon after the young fascists’ verbal assault, Mrs Papp disappeared. So far, several attempts to locate her have come to nought.

She is now presumed to be in hiding in Budapest, nearly 200 km to the northwest of Békés, the town she had hoped to live out her final days in peace.


The rest of the piece is concerned with another woman who still lives in Békés, who has had threatening phone calls. At the end, the writer tells us that someone who had offered to help find Mrs Papp later backed out, frightened.

We are not told whether Mrs Papp was reported as a missing person and, if so, what was the response. There are certain climates in which such things are possible.

This is so chilling. As you say not just the disappearance but the tenor of the assault and the immediate reaction of fear and need to seek a sanctuary.

I hesitate to comment here as I have not had to go through the trauma experienced by so many during the Nazi reign of terror. But I have felt that same instinctual, gut wrenching fear as a child when a KKK (Klu Klux Klan) rally was held in a field near my home. Even at that tender age I could feel the almost palpable veil of evil that descended over our home.Race was not an issue for us but the fear that blind hatred engendered was very real.

It is so disheartening to know this malice still exists in this world and that it is even being given ear. I pray she is found well and safe. I pray fervently that calmer and wiser voices will prevail before this disease spreads its tentacles deeper into the heart of your homeland and the world.