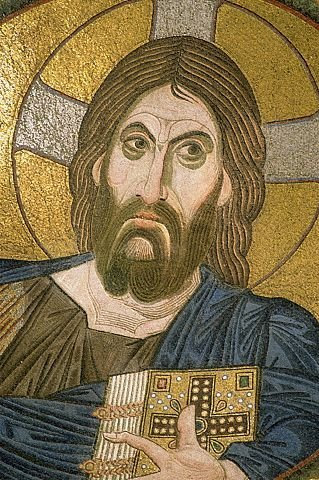 The Christian God sat ready and waiting on the cliffs at Westgate in the winter of 56/57. He was only an assumed presence in the scout hut where the cubs met and where I was introduced as an act of welcome I suppose, by some local boys. I was just eight. The sound of the sea was very close and it was dark. I think God was mentioned there. It didn't mean much - it was a cultural feature of the new winter landscape. I had no bone to pick with God - He was one strange new thing among many others.

Having slipped by me on the foggy cliff he emerged in full battle gear at primary school in London. Our teacher, Mr H, about whom I later wrote as Mr Reason in a series of 'Appropriations', was a muscular Christian, a badge-wearing member of the Scripture Union. He was strong, athletic, charismatic, handsome (to my, by then, ten year old eyes). Mr H had prayers at the end of the class. His warm enthusiastic voice acted powerfully on my imagination. I now suspect I had a small boy's crush on him, he being so utterly different from anything I had previous known, so certain and authoritative, so much an element in the work of understanding something on which I had only a faltering grip. Maybe he himself was God, or at least an image of God: someone into whom one might read God.

In many respects he was an inspiring God. At Easter 1960 Mr H and a few other teachers, by full permission of the parents, took the school to the Isle of Wight. I was eleven then. It mean travelling, keeping an obligatory diary, going on nature walks, visiting Alum Bay and returning with a test-tube of magical coloured sand, and, in the evenings before bed time, a prayer-meeting led by Mr H. We sat in the conservatory of the hotel with a glass of warm milk in our hands, and Mr H talked and read. It was immensely comforting, like being swept into the arms of a huge well meaning bear. He was correct and friendly but fiery. He blazed as God might blaze. The well-meaning bear was not his emblem only but that of the whole country in so far as I could understand something so overwhelmingly general. But for me, as for all children, the general was comprised of hundreds of particulars.

On two occasions I was punished by Mr H, both times in innocence. Once he slippered a few of us in front of the class for not bringing our sports kit in the snow (my parents had refused to let me take it), the other time for having defecated in a hut at the end of some field I had never even seen (I thought a couple of my classmates had stitched me up for that, though I never knew why). Eyes blazing, Mr H insisted I was lying. Since this too was before the whole class it was deeply traumatic.  Dennis Potter had this scene so clearly in The Singing Detective I thought it must have happened to him too.

My view of God was modified. Not terminally, not immediately, but God was now vengeful with a righteous fury that was directed at something beyond the self. Perhaps, unconsciously, I didn't want to play football in the snow (I loved playing football). Perhaps in some secret dream I wanted to desecrate something. It wasn't impossible. The fact was I was being punished not for what I did but for some secret malice I myself was unaware of. But God had that power of course. He knew what you were secretly thinking even before you thought it.

Where were my parents in all this, in the Christianity and the accusations and the chastisement? I can't remember.

So God became more complex. Muscular, charismatic, tender and furious - an emanation of Albion itself. I couldn't live with Him like that. But He wasn't going to go away. just yet. He'd left too deep a mark.