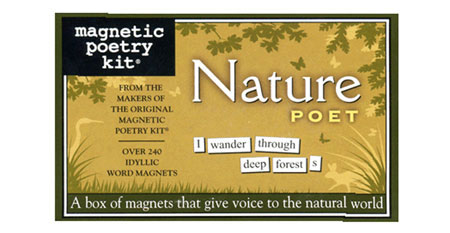 Sam has written to me to elucidate some of the ideas about the market in poetry, and I will address those near the end of this post, which is split into two. Sam is a very fine poet and I am not in disagreement with most of his ideas. In fact there is very little I disagree with at all, but as will be clear from the interlude below, I am a bit picky here.

It is the notion of sincerity I am most interested in, if only because sincerity is generally assumed to be a moral quality not a literary one. I suspect I could go through much of literary criticism and theory to the present time without coming across the term 'sincerity' too often.

Usually sincerity is taken for granted without it being any guide to literary quality. Bad writers may be deeply sincere and often are. The emergence of sincerity as a literary value implies, to me, two possibilities. The first that it is - naturally - deployed as the opposite of insincerity, which is a serious charge in moral terms. The second is that 'sincerity' here covers and overlaps with other terms from other related fields. In Sam's case there are two such related fields.


Between sincerity and irony, moving on from irony and post-irony: Sofia Leiby

Before exploring them, I want to point to a link Sam provided to an article by Sofia Leiby at Pool, where the notion is developed historically and in terms of a specific exhibition. This is how the article begins:

In the past few years, there has been a move towards artwork and writing that abandons irony completely in favor of sincerity.“New sincerity” has been a buzzword for the art and literary world since the mid 1990s. It was the name of a literary movement sparked by David Foster Wallace’s essay, E Unibus Pluram, where he cited the “new literary rebels” following the age of irony and passivity.  These rebels “risk sentimentality and melodrama”; the  accusation of banality; “treat of plain old untrendy human troubles and emotions in US life with reverence and conviction.”[1] It’s an honorable, yet completely utopic, goal.

This appears to be a call for a return to homely virtues ("plain old untrendy human troubles and emotions"), but it is nothing so simple, because, as the article goes on:

[The curator of the New Sincerity exhibition at the Future Gallery in Berlin] argues that poetry might create a “balance” in the coldness of our technology-driven times. As a result, “poetry” is assumed to possess feeling or intuitive qualities. He seems to suggest that poetry is the way to fight slick, ironic artistic tendencies. Similarly, in the New Sincerity press release at Future Gallery, curator Jaakko Pallasvuo tentatively suggests that the works in this exhibition are “honesty at last; a hot knife through post-ironic butter. [But] perhaps just another borrowed pose, quickly returned.” Post-irony, as I understand Pallasvuo using it, as opposed to sincerity, is a strategy that still steeps itself in irony, uses it as a jumping off point.

I note the use of plain poetry in the first sentence, which is then qualified by inverted commas, "poetry" in the second. The way to fight slick, ironic artistic tendencies may be to be to use poetry (losing its inverted commas again) as the hot knife through post-ironic butter, though that may be just another borrowed pose. At any rate, post-irony is opposed to sincerity.

Again, we are back to the Internet. As Leiby puts it:

Therefore, “sincerity” is somehow something completely new and different in the context of art concerned with the Internet and our relationship to it. Pallasvuo suggests that “sincerity” is what will finally slay the old and cold, bitter and dry net art and what might be the “new casualist” aesthetic in painting. Yet – obviously – nothing is 100% “sincere” / “authentic” and the creation of these categories is problematic. What is sincere is not opposite to what is ironic: many of Pallasvuo’s pieces, like much of today’s net art, leans heavily on a nostalgic affection for early 90′s internet and “folk” aesthetics...To me, constantly referring to a sort of overall objective nostalgia for the early Internet is yet another layer of distance placed between the artist and his intention. As viewers, we get in on the joke, which is a trademark move by ironists.

Perhaps as we continue to suffer from the Internet’s commoditization, alienating and distancing power over us, we are finding the positive parts of it. The parts that allow us to meet other people, and to be honest online about ourselves – or not. There is an extremely varied way of codifying our emotions online, and these artists emphasizing how we can defer our emotions through technologies, or at least face them.

The road to sincerity then lies between Sam's internet dating friend who doesn't know whether to believe the things people say about themselves and the awareness of commodification. The key shift here is to the terms honesty and emotions.

I should make it clear that I don't italicise in order to criticise, and certainly not to ridicule, only to point out what seem to me some key ideas, ideas that are founded partly on a Marxist reading (eg the use of the term commodification) and partly on plain old untrendy human troubles such as honesty and emotions.


There too may be a perception that some existing poetry has claims on a high seriousness/irony that younger poets don't feel entitled to, or are even excluded from. In some current work I see a hostility towards tradition expressed as a kind of inversion of the normal hierachy of knowledge and importance....In a way this prevailing tone could simply be a refusal of an established and very dominant lyric mode which no longer seems honest or appropriate.

If any question why we died, / Tell them because our fathers lied, wrote Kipling. The sincerity question reappears here as an accusation of dishonesty. It was one of the odd things about the Poetry Library event.

Allow me a curmudgeonly interlude here, re: the Poetry Library event and the conversation already linked to, with Lidija Dimkovska, just before she passes to the 'old poet', ie me.

In this conversation Lidija talks about the poetry of post-1991 poets (1:05) and how the younger generation became interested in their own environment (As opposed to the previous generation? I asked myself at the time) (1:25) so they don't want to, as she puts it, 'escape reality'. She talks about irony and self-irony (2:36) and how the older generations 'remain in that escape of reality' (2:48), much more interested as they are, according to her, 'in nature and everything' while the younger generation is 'much more closer to our life, to the real life'. And she goes on to talk about how younger poets live in cities and towns as though people hadn't been living in cities and towns almost for ever and as though the sense of modernity in cities (as described by, say, Baudelaire) were an entirely new thing.

I answer, as you can hear, by wondering how far the poets who were prosecuted, banned, imprisoned, beaten up and sometimes killed - certainly in Eastern Europe - were 'escaping reality'? It seemed a little harsh and I hardly knew any, including a good number of my now dead friends, that were writing about 'nature'. On a purely personal level it seemed odd to me that I had been asked to come down to support a younger poet who had expressly asked for me to be invited, to travel roughly six hours, to read and talk for free, and to get home very late at a busy time only to be told that my generation wrote about nature and had no grip on reality. It wasn't so much that this was ungracious as that it simply wasn't true.

You can see that still rankles somewhat but then, I suppose, it was always the way - sometimes the necessary way - for the present generation to slap down the previous one and it may be that the reality that Lidija was referring to was another reality. Another, that is, from my history and time-bound one. Possibly a more Internet-bound one. And so back to Sam.

The key terms Sam uses, high-seriousness / irony and a very dominant lyric mode which no longer seems honest or appropriate.

Beyond the normal condition in all artistic affairs, that is to say what Rimbaud thought of as the necessity of wringing the neck of rhetoric, a necessity since language decays and quickly turns into cliché, so any dominant, or perhaps high-serious, mode is bound to become rhetoric, at least while it is still dominant (no-one thinks John Donne's rhetoric needs its neck wrung), there remains the interesting question of the point at which that which seemed honest or appropriate no longer does so, at which honest folk turn into liars.

But that is not what is being claimed here, I think. The honest folk are not liars (they just have no sense of reality, according to Lidija) but it might well be a lie for the latest batch of honest folk to write as the previous lot of honest folk did.

That is certainly true, providing you can pin down the dominant mode. Is the dominant mode determined by one lot (Hughes, Heaney, Harrison, Hill, Larkin, Plath, Porter, Redgrove, Stevenson, Adcock etc); my lot (Mahon, Raine, Reid, Lochhead, Lewis, Fenton, Boland, Constantine, Durcan, Carson), or the next lot, the ones coming after me and currently in office (Paterson, Donaghy, Shapcott, Oswald, Duffy, O'Brien, Robertson, Armitage)? This is just a fairly arbitrary UK / Ireland list of course though I can only spot three possible 'nature poets' among them.

I imagine that what I call 'being in office' means having power, not just in terms of a dominant lyric mode, but also in harsh (however minor) economic and publishing terms. From this perspective it is not hard to see the next generation moving in and occupying those places. It's what always happens and must happen, though perhaps not soon enough, especially if you are not yet in power..

Lidija mentions the date 1991. Sam talks of growing up in the eighties. This post is getting too long so I am going to chop it in half. The harsh economic terms will follow.