Reading thousands of poems: precepts on the hoof 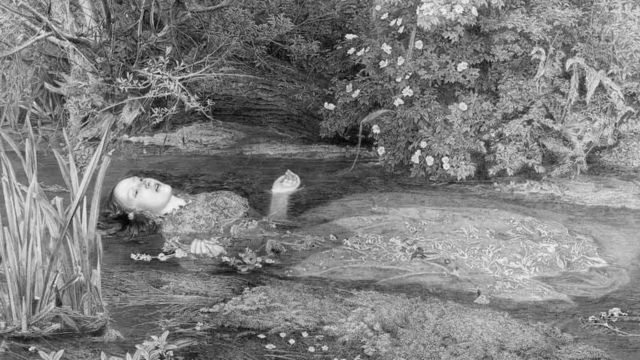 As one does, one is drawn to reflect on certain things, such as:

1. People get lost in tangles of craft. When craft is art it disappears like the ground you are standing on.

2. Else turn the craft into a magic show, dance on the cracks in the pavement.

4. Never believe yourself at your gravest or most profound. The planets move on, the odd star occasionally giggling.

5. You can only have your heart warmed once, very lightly, after that the goddess thinks you're getting rather too matey.

6. Your voice is not your voice. It should come at you as from the far end of a wind tunnel so your hardly recognise it.

8. I'll just wait around while you describe things. Oops, where have you gone? I seem to have been walking for hours.

9. If your metaphors are any good hang around with them & see where they go, don't go tarting after the next.

10. Why do deathless bad lines refuse to die?

11. Yes you're nice, you're humane, you'd probably be a very good neighbour, but the poem is elsewhere. It's colder there.

12. Occasionally I long for what Joyce called "chune'. The importance of not being earnest, of prose not shuffling its feet.

13. Don't spell it out, let me guess. Especially if I have spelled it before you've finished spelling. Touch and move.

14. Is it a coincidence that the shorter the better in most cases? Certainly more concentrated, words cleaner, brighter.

15. You turn masochist. You wait for poems to slap you in the face. Hit me again, but not just yet.

16. Still being slapped around. Most of my face is gone, turning into a percussion instrument.

17. Some short poems are too short: most long poems are too long. The chief cuts should be at the beginning, then sharpen the end.

This is the end.

I read two slim books of poetry one evening, and one sticks because it laughs at itself. So, yes, yes, to No. 4.

They're all good individually, but the overall blast of corrective New Year's air to the idea of personal authenticity is what I like about the ensemble.

These are reactions to a specific (rather large) set of poems in which I was struck by the high level of general competence. I couldn't just glance at a lot of poems and discount them. I had to read most right through. I had then to ask not whether this or that poem had virtues or not, but whether this or that poem was a potential winner. I had to do this for the purposes of sanity.

That left the question as to why I was rejecting this or that poem as a potential winner. I couldn't take too long over the answers so just jotted them down as they seemed to me at the time. They're not firm principles but there is something in all of them that seemed right.

And yes, the question of personal authenticity. That has never been enough, chiefly because, I suspect, the personal, in its efforts to relate to the world, often has to deal more closely with received ideas than is good for the poem.

Nos. 5 and 11 strike me as being tied up with the personal authenticity issue. Too many poems (I'm thinking especially of a lot of stuff I hear at open mike events) seem determined to tell the reader that the poet is indeed a nice person, and sensitive, and a good citizen. Thank goodness that s/he is but, as you say, niceness and good citizenship in themselves do not a good poem make.

George, thanks for this. Good to reflect on such issues when thinking about my own work, of course. Also, I'm being a temporary editor for a poetry magazine at the moment, and your comment, "I was struck by the high level of general competence. I couldn't just glance at a lot of poems and discount them. I had to read most right through" is exactly how I feel about the majority of submissions. You've maybe offered me a few ways of evaluating them better. Will pass the link onto my co-editor.

These are such wise precepts and remind me of the proverbs of heaven and hell, in the marriage thereof.

Amen to your 17 points, George!