From Updike to Belfast 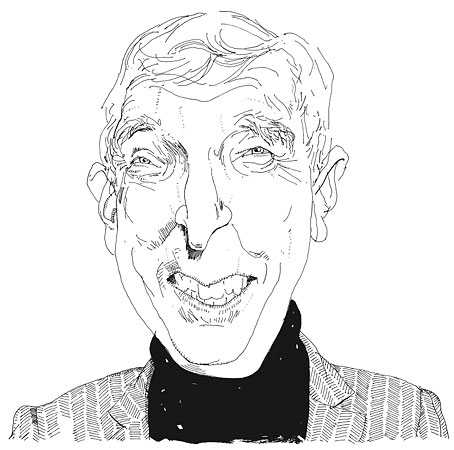 He wrote the second sexy book of my youth that was not pornography but literature. And he wrote the Rabbit books. He was cooked, not raw, a paleface not a redskin. He also wrote verses - verses, I think, rather than poems, because he was too smart, too playful, too literary for poetry (the best poets, I suspect, have a touch of the redneck or simpleton in them). The Collected Poems are undoubtedly secondary to the novels. Here are two squibbish brief ones.

Rexroth and Patchen and Fearing - their mothers
Perhaps could distinguish their sons from the others,
But I am unable. My inner eye pictures
A three-bodied sun-lover issuing strictures,
Berating "Tom" Eliot, translating tanka.
Imbibing espresso and sneering at Sanka* -
Six arms, thirty fingers, all writing abundantly
What pops into heads each named Kenneth, redundantly.

Crossing from a chore as the day
was packing it in, I saw my long shadow
walking before me, bearing in the tile
of its thin head autumnal news,
news broadcast red from the woods to the west,
the goldleaf woods of shedding branch and days
drawing in like a purse being cinched,
the wintery houses sealed and welcoming.

Why do we love them, these last days of something
like summer, of freedom to move in few clothes,
though frost has flattened the morning grass?
They tell us we shall live forever. Stretched
like a rainbow across day's end, my shadow
makes a path from my feet; I am my path.

Not quite the right ending there, perhaps, but elegiac and sweet down the first twelve lines. The endings of the poems were nearly always a bit too rounded up. That comes of being a paleface. But he did wit well, a little scholarly, a little polite, but distinctly witty and a touch waspish as with Kenneth, above. But Rabbit was the real real deal.

As for me, I finished the first draft of the first Newcastle lecture, just putting a toe into the second. Splashed out on a Satnav in the afternoon. Now I can find my way upstairs in the dark.

And tomorrow to Belfast to bestow blessings on someone who needs no blessings from me.

"(the best poets, I suspect, have a touch of the redneck or simpleton in them)"

Well, thanks be to Jaysus for that! I've often wondered if I was too simple a soul for poetry (part of the reason I've always regretted leaving Art School after just one year). Now I am assured that (Prynnes and Ashberys aside) it goes with the territory. 'Subhuman Redneck Poems' indeed. Or, as Larkin might say, useful to get that learnt.

What do you mean by "squibbish"?

I just picked up Durcan's Christmas Day from the second-hand bookstall in Temple Bar Sqaure and sped through it over coffee.

He is one of those I had to hear soeak to get him on the page, as when I read him prior to hearing him, it was a loose and floppy weave, but on witnissing the man himsel, it was like hitting a telly and the picture suddenly righting.

Poetry's another word
For losing everything
Except purity of heart.